More than 500 tourists sites in Shandong, Shanxi, Henan, Shaanxi, Guizhou and Gansu provinces have issued plans to cut ticket prices to attract more tourists and revive the industry that has been marred by the Covid-19 epidemic.

As of Saturday, 81 tourist attractions in Shandong, including Taishan Mountain and the World's Best Spring Scenic Area, have begun reducing ticket prices from 20 per cent to 50 per cent in a campaign that will last until the end of this year, according to a notice issued by the province's culture and tourism department.

Nie Jing, who works at the World's Best Spring Scenic Area publicity department, said the number of tourists is limited to 50 percent of capacity. To protect against potential infection, tourists are required to wear masks, have their temperatures checked and show their health QR codes, she said.

To revive the tourism sector in Guizhou, the provincial government had offered free tickets at all 420 A-level tourist attractions in the province from April to July. Now ticket prices have been cut in half for the general public, while medical workers can enjoy free admission, for the rest of the year.

Fanjing Mountain participated in the free ticket promotion and is among the sites currently offering a 50 per cent discount, according to Li Lanli, acting general manager of Guizhou Sante Fanjingshan Tourism Development Co, which manages the natural scenic spot.

All tickets to the mountain, which reopened on Feb 28, are being sold online to better control the number of people allowed, he said.

Thanks to the free ticket policy during the peak of summer before August, the number of tourists at the mountain has increased to almost 50 percent of the maximum capacity since July 20, he said.

Tourists are required to show their health QR codes, wear masks and have their temperatures checked at the gate. The company carries out disinfections in public areas four times each day, he added.

Since July 14, the Ministry of Culture and Tourism has allowed travel agencies to resume group tours that cross provincial borders, and the limit on the number of visitors allowed in tourist attractions has been set at 50 percent of the capacity, up from 30 per cent previously.

Read Also
Cheap flights: What to do before you book a post-virus bargain 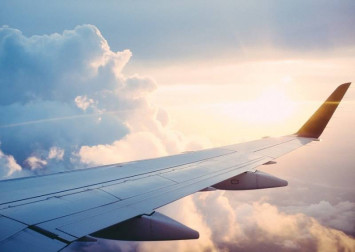 Apart from lowering ticket prices, tourist sites have also resorted to other means including increasing operating hours and launching livestreaming travel to attract tourists as the industry recovers from the economic blow, he said.

The loss in ticket prices can be made up by spending on accommodation and food as more tourists visit the attractions, he said.

He also cautioned that it might not be a long-term solution as many tourist sites are already strapped for cash due to low revenue generated in the first half of this year.