Children learn traditional paper cutting with festive red paper ahead of the Lunar New Year, the Year of the Pig, in Lianyungang in China's eastern Jiangsu province.

China's family planning policies have been criticised after a couple's bank account was frozen over unpaid fines imposed for having a third child, despite the country's falling fertility rates.

The couple, from China's eastern province of Shandong, failed to meet the deadline to pay the "social maintenance fee" of 64,626 yuan (S$12,970) to the local authority, the local court said on Sunday, and were denied access to the 22,987 yuan in their account as a result.

Shandong was reported to have the most newborns nationally in 2017, according to state news agency Xinhua, but a recent report by the ﻿21st Century Business Herald suggested the birth rate in the province may have dropped sharply in 2018, with many cities reporting declining figures. 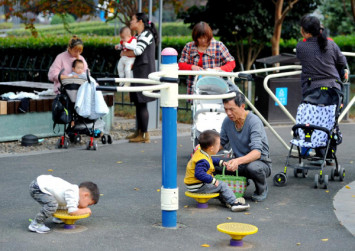 Some social media users appeared confused by the local government's action while others expressed sympathy for the family.

"Is the country joking? It's urging people who don't want to give birth to give birth but punishing those who want to," one commenter wrote on the Chinese microblogging platform Weibo.

"Taking all the money away from the family, do you want the whole family to die? What about protecting the rights of the baby?" another wrote.

Stuart Gietel-Basten, a professor of social science and public policy at the Hong Kong University of Science and Technology, said the Shandong case was nonetheless in line with existing law.

"While the actions in Shandong seem counterintuitive, it is important to remember that birth control restrictions are still in place," he said.

"Remember, too, that social maintenance fees for out-of-quota births are an important source of local revenue and that a family planning apparatus still exists with jobs to do."

Gietel-Basten also said many people still believed the two-child policy was holding back fertility and that a relaxation of the cap may cause a baby boom in the country.

Even if China switches to a three-child policy, it shouldn't force women to have more babies

But Jiang Quanbao, a professor of demography at Xi'an Jiaotong University's Institute for Population and Development Studies, said falling fertility rates in the wake of the two-child policy appeared to show the majority of Chinese couples only wanted to have one or two children.

"But I guess China will soon (maybe this year) cancel the two children policy and couples can have as many children as they want," Jiang said. 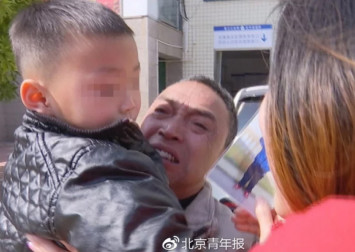 China's notorious one-child policy, introduced in 1980, was relaxed in 2014 and abandoned altogether in 2016. The number of births rose at first but fell again after peaking at 17.86 million that year.

Alarmed by their ageing and gender-imbalanced populations, local governments in Liaoning, Tianjin, Xinjiang and Hubei since 2017 have been rolling out policies and welfare benefits - such as flexible working hours and subsidised maternity costs - to encourage couples to have second children.

Speculation about a further relaxation of the two-child policy intensified last year when the national post office issued a stamp for the year of the pig featuring two pigs and three piglets. Chinese President Xi Jinping also dropped the usual reference to "family planning" during the Communist Party's five-yearly national congress last year.

But the National Health Commission dampened expectations last month, saying a proposal to remove all references to family planning from China's statute books had been rejected.

The proposal, by some members of the National People's Congress in March last year, had been turned down by the central government on the grounds that the policy had its roots in the Constitution and removing it would not be appropriate.