With China intent on sticking to a zero-tolerance Covid-19 elimination strategy, debate is swirling over the long-term economic impact of sealing the country off from the outside world and imposing severe domestic restrictions.

China believes its handling of the pandemic has been superior to Western democracies and the ruling Communist Party sees it as a major political achievement.

But some leading epidemiologists and economists have suggested the country may need to prepare to “live with the virus” given the difficulty of ensuring zero transmissions.﻿

While China’s borders remain closed, its strong economic recovery and booming exports have boosted confidence in Beijing’s hardline containment approach among some experts.

Others question whether the country’s economy can withstand long-term isolation on top of lockdowns that have disrupted the service industry.

Last year, strong global demand for goods needed to ride out the pandemic landed China’s economy a record trade surplus, with exports expanding 3.6 per cent to US$2.59 trillion.

Li Ling, a professor at the National School of Development at Peking University, said China was now “the backbone of the world’s fight against the pandemic”.

“Our exports are at record highs because the world is still in the grip of the virus,” said Li, who is also the chief adviser on China health care reform to the World Bank.

“With such a large amount of exports, we are a little bit like the United States during World War II, which provided arms to the world, and we are now providing all kinds of core supplies to the world.”

The country must stick with its zero-tolerance approach to the pandemic, she said.

“The coronavirus is different from the common cold and is highly contagious. China has such a large population density, once it spreads, it will put too much pressure on people’s health and our medical system,” said Li.

China is in the grips of its worst outbreak in months, fuelled by the Delta variant, after a cluster of infections erupted in Nanjing on July 20. 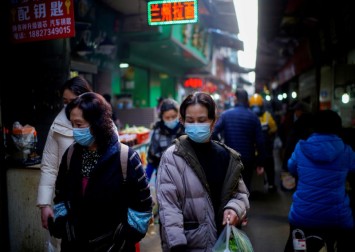 Since then, as the outbreak has spread across the country, four cities – Wuhan, Nanjing, Zhengzhou and Yangzhou – have mass tested more than 90 million people at an estimated cost of more than 100 million yuan (S$21 million).

About 850 people had returned positive results by Wednesday (Aug 11), according to local government data.

In the first half of the year, only Shanghai had a fiscal surplus, while China’s other provinces all spent more than they earned. Some like Yunnan, Henan and Hunan had fiscal deficits in excess of 238 billion yuan.

“The cost is too high, some coastal provinces may be able to afford it, but there is no way for some inland provinces to afford it as they are already quite financially strained,” said Ding Xueliang, a member of the Academic Committee of the Hong Kong-based BoYuan Foundation.

“Unless Beijing has a huge fund that helps to cover a lot of the local governments’ costs, the zero-tolerance approach is not realistic or sustainable in the long run.”

Ding said China’s hardline elimination policy was based more on political calculation than science, because zero tolerance of a virus did not make sense from a scientific perspective. He also believed the term is partly a product of China’s typical propaganda language.

“In the past, many policies were expressed in a zero-tolerance manner,” he said. “For example, to have zero tolerance for corruption. All these slogans are to show great determination.”

In addition to the cost of widespread testing, economists worry the zero Covid-19 strategy could have more drastic effects on the economy in the years ahead.

“Border closures caused by the approach are temporary and not sustainable, otherwise, the model of economic globalisation in which China participates and plays a key role will collapse,” said Liu Zhibiao, a professor of industrial economics at Nanjing University in Jiangsu.

“In extreme terms, because China has a complete national economic system and strong internal circulation system, even if it has less contact with the rest of the world, it can still operate on its own.

"But its economic development and the living standards of its people will be hit very hard.”

Experts predict China’s borders will remain closed until at least the start of the Winter Olympics kicks in February next year, especially as the highly-contagious Delta variant spreads around the world.

Prominent economist Yu Yongding, a former adviser to China’s central bank, said the zero tolerance approach is still appropriate, but the country will face “a lot of difficulties” and the impact on the economy will be “huge”. 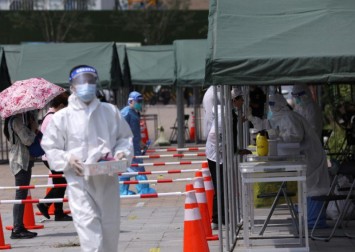 “The current cost is bearable and we can still persevere, while using this opportunity to boost the vaccination rate and improve the quality of the vaccine.

"It is a matter of buying time,” he said.

“International economic exchanges will definitely have some adverse effects. This is for sure.

"This is the price we have to pay, but closing the border is not the result we hope to obtain.”

Although there were signs of improvement in the first half of the year, consumer spending has been badly damaged pandemic, and restrictions on dining and tourism threaten to inflame regional economic disparities.

Li, from Peking University, said the pandemic has had a short-term impact on China’s service industry and tourism, but the long-term effect will be “positive” because it will “promote the transformation and upgrading of the country’s economy.”

“In the past, China needed to import a lot of medicines and medical machines, but since the pandemic we have found we can rely on ourselves and produce high-quality products at low prices,” she said.

However, not all statistics paint such a rosy figure.

Last year, some 2.38 million jobs were added in the manufacturing and processing industries due to the pandemic-driven export boom, but total employment declined by 24 million, the biggest slump in history, according to data from the National Bureau of Statistics and Ministry of Human Resources and Social Security.

A total of 17.3 million jobs were lost in the primary sector, and 9.16 million were cut in the tertiary sector. 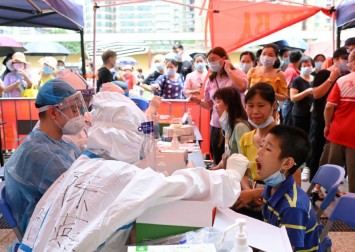 A former Chinese government official, who asked not to be named, said the government was maintaining the zero-tolerance approach because of uncertainty associated with living with the virus.

Beijing is reluctant to take the risk when the current cost is visible and bearable, he added.

Ding, from the Boyuan Foundation, said there should be an open discussion about the pros and cons of different pandemic control measures in China, because all policies came at a price.

“There is no way to compare which policy measures cost less if accurate and complete information is not brought out for public discussion,” he said.

“I can only say that China has short-term endurance of the zero-tolerance approach, but it cannot afford it for the long run as it is too costly.”