An advertisement for a bottled water company that said its peaches came from Fukushima has sparked concerns in China.

A famous Chinese bottled water brand is under fire after netizens posted pictures of advertisements that said it used ingredients from Japan’s Fukushima Prefecture, the site of the 2011 nuclear disaster.

Over the weekend, photos of an offline Nongfu Springs advertisement that said its peach-flavoured sparkling water used “peaches from Fukushima ” sparked concerns about potential radiation contamination in the ingredients.

The Chinese public has been on high alert and vocal against importing Japanese food from these areas. Angry consumers protested a 2018 decision from China to lift a ban on rice imported from Niigata, a prefecture that neighbours Fukushima.

In April, a geopolitical row started between China and Japan after the Japanese government approved a plan to release millions of tonnes of contaminated water into the ocean. The water was treated and diluted, so it now has radiation levels below that of drinking water.

On Sunday, Nongfu Spring issued a notice saying its ingredients aren’t imported from Fukushima but rather created based on the flavour profile of those peaches.

“We have created a product that is similar to the peaches, and it has no connections with Fukushima, where the peaches are originally from,” the notice said. 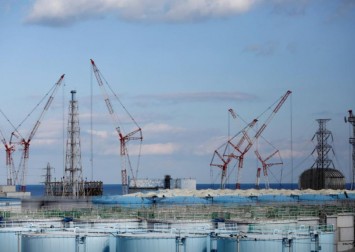 But the public did not buy the company’s explanation.

“You either falsely advertised, or your ingredients are from Fukushima; it’s one or the other,” one person said on Weibo.

“Using Fukushima to gain attention is obviously a wrong move. It would only make consumers nervous,” another wrote.

Nongfu Spring rose to popularity in China by advertising its bottled water as being natural and healthy. Its slogan reads: “We do not produce water. We are just nature’s porters”.

Nongfu Spring’s IPO in Hong Kong was one of the hottest public listings in 2020 and, for a brief period, made its founder, then 66-year-old Zhong Shanshan, the richest man in China with a total net worth of US$59 billion (S$79 billion).