Chinese court orders family of Didi driver who raped and killed passenger to pay $130,000 in compensation

Li Mingzhu’s death in May last year shocked many people in China.

The parents of a Didi driver who raped and murdered a female passenger have been ordered to pay compensation of 620,000 yuan (S$130,000) to the family of the victim.

Liu Zhenhua, 27, was found dead in a river and is believed to have taken his own life after killing Li Mingzhu, a 21-year-old flight attendant, in Henan province in May last year.

Li's death shocked many people in China, where Didi is the biggest ride-hailing app, putting its security policy under intense scrutiny.

Last week a court in Zhengzhou ordered Liu's parents to make the payment in compensation for Li's death and to cover funeral expenses and loss of income, Thepaper.cn reported on Thursday. 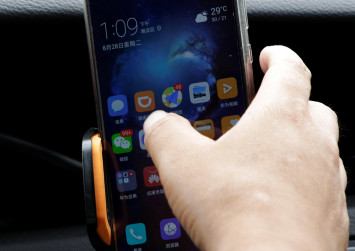 The court said the payment must be made within 10 days.

Liu's father, who was not identified by name, said he might appeal although his lawyer said he had not yet decided whether to do so.

Li's parents also asked for an additional 100,000 yuan to compensate them for their grief, but this was denied by the court on the grounds that the family had earlier received an undisclosed sum from Didi as compensation.

The court also found that Liu's father tried to hide his wealth after his son's death in an effort to pay less compensation.

He had earlier told the court that one of his houses had been sold to a villager at an extremely low price, but the villager denied there had been such a deal.

Months after Li's death, a similar killing occurred with a Didi driver confessing to raping and killing a 20-year-old woman in Zhejiang province.

The South China Morning Post reported in August that, according to official court records, Didi drivers had been convicted in at least a dozen sexual assault cases in the past four years.

Amid the wide public outcry in August, Didi, a Beijing-based start-up, suspended its ride-pooling service and stepped up safety measures including the introduction of mandatory facial-recognition scanning for all drivers.