BEIJING - The father of a 13-year-old boy has been ordered to return red packet money given to his son, according to a local court in Guangzhou, in southern China's Guangdong province, on Thursday (Feb 14).

The father argued that the money was mostly given by his side of the family.

He said that the boy's mother, whom he had divorced years ago, was taking advantage of a change in custody arrangements to take the money for herself.

The mother was awarded custody of the boy in April 2016 and has lived with him since.

Read Also
Chinese New Year hongbao: How much should you put in those red packets in 2019? 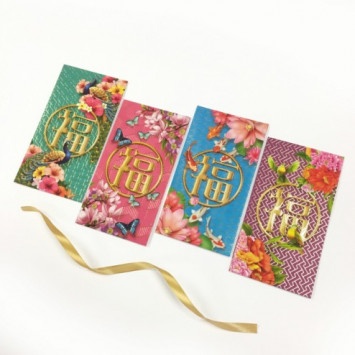 According to the court ruling, red packet money belongs to the recipient regardless of his or her age.

Although parents are entitled to help children manage their money, they are not allowed to spend or use the money without their children's consent.

The court therefore ruled in favour of the son and asked the father to return 3,045 yuan, including interest.

Red packet money is usually given in cash by senior members of families to the younger ones during Chinese New Year as a gesture of good luck.