The father of an ailing two-year-old boy from eastern Shandong province discovered that honesty paid off after he returned a lost wallet to its owner, who offered him 200 tonnes of turnips as a way of funding the bone marrow transplant his son needed.

Tang Shaolong, a farmer from Jining, had taken his son to Jinan, the provincial capital, to treat hemophagocytic syndrome, a blood condition, Beijing Youth Daily reported on Tuesday.

Doctors suggested Tang Yixuan have a marrow transplant, but while his father's marrow was a match, the elder Tang could not afford the 400,000 yuan (S$80,000) for the operation.

The family had already paid 200,000 yuan for care at a hospital in Jinan, 120,000 yuan of which were borrowed from relatives.

Fate took a hand at lunchtime on Friday as Tang left the hospital to buy lunch for his son. He found a black wallet on the road containing 20,000 yuan in cash, bank cards, a business card and a driver's licence.

"To be honest, seeing so much money, I felt very glad," Tang was quoted as saying. "I guessed it was God, knowing I was anxious about money to save my kid's life [and] that might be a help to me. 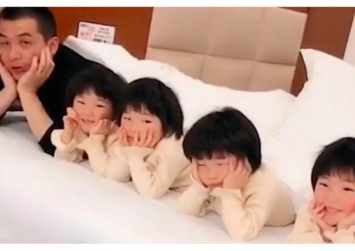 "But on second thoughts, I guessed with the money being found near a hospital it must be life-saving cash for someone else."

Tang returned the wallet to its owner, agricultural produce grower Ding Yilong, but declined a thank-you fee. "If it was my salary for my hard work, I would take it," he said. "But I just picked up other people's belongings and returned it. I could not accept it."

The two men agreed to keep in touch on social media, and it was then Ding learned that Tang was looking for help in funding his little boy's marrow transplant.

Ding said his start-up business was not cash rich, but "I have around 200,000kg of turnips in my warehouse and I need to clear them out of stock before May," he told the newspaper.

"I decided to donate all these turnips to Tang Shaolong, and we two could sell them together to raise money for the boy," said Ding.

Their story appeared in the Shandong-based news outlet Qilu Evening News on Sunday, and by Tuesday the vegetables were sold out.

The turnips brought in about 500,000 yuan (US$74,460), enough to cover the cost of the bone marrow transplant, Tang was quoted by the Beijing Youth Daily as saying.

He said the hospital sterile ward where he and his son must be isolated in the days before the transplant would be available in about a month.