China wants its middle class to counter an economic slowdown by spending more, but in reality many of them are struggling financially.

Their plight has again come into view after the National Bureau of Statistics on Friday gave a rare official definition of "middle income" - and it seems many people disagreed. The agency was forced to issue a clarification after its estimate was met with widespread ridicule online.

Many Chinese have reacted with disbelief on social media. 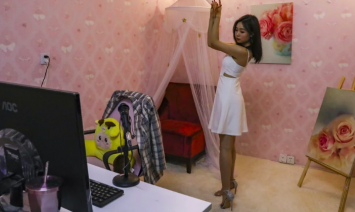 "Are you kidding me? I make 3,000 yuan and suddenly I'm middle class? I think I'm low-income," one person wrote on microblogging site Weibo.

Another said: "These must be average figures for affluent areas and the most underdeveloped areas - it's not accurate to use specific areas for this."

The reaction prompted a statement from the statistics bureau clarifying that the middle-income definition applied only to the report. "The term 'middle-income group' mentioned in the survey results has nothing to do with income brackets in the general sense," the statement said.

Beijing has been hoping to expand its middle class and increase their incomes through tax reforms to boost spending power. Last year's changes included raising the tax-free threshold from 3,500 to 5,000 yuan a month and adding new deductions, such as for parental aged care, though they were not seen as going far enough.

With a gross domestic product per capita of US$8,827 in 2017, ranking 73rd in the world, China is seen as an "upper middle income" country by the World Bank.

Although Beijing has never given an official definition of middle income - and there are wide-ranging estimates as to the size and economic power of its middle class - statistics bureau chief Ning Jizhe did provide a "loose definition" earlier in the week.

But even at that level, some Chinese who might be considered middle class say they are barely making ends meet.

Dentist Shen Quan, who works at a public hospital in Anshan, Shenyang, said his family's household income was about average for the province but he could not see them getting any closer to a middle-class lifestyle.

Nearly half of their combined wage goes on kindergarten fees for their two daughters, at 5,000 yuan a month. Their mortgage payments are more than 2,000 yuan a month. Shen said they were only able to buy their home with help from his wife's parents, who also helped them to buy a car.

"My wife is their only daughter and my in-laws give everything they have to us. We can function not because we have public hospital jobs but because of the financial support we've had from her parents," he said, adding that they rarely went out to eat and they had taken only two family trips - to Beijing and Zhuhai. "We can afford to travel once a year, if we don't go overseas," Shen said.

The so-called middle class do not appear to be faring any better in more affluent parts of the country, where living costs are higher. In Beijing, Zhu Jian, 46, changed to a better paying job last year and he now has a lengthy commute every day. The senior manager at a retail company earns about 30,000 yuan a month, while his wife, a school office administrator, makes about 6,000 yuan.

"You'd think that we would be pretty comfortable, but that's nothing compared to what we have to spend. Everything costs a lot - petrol, food, my daughter's college fees and a mortgage on our suburban flat," Zhu said. "It's tiring travelling across the city every day for work, but what can I do?" 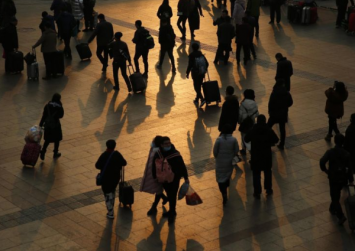 He said he saved money by taking his meals to work, while his wife ate in the school canteen which is subsidised.

Those sentiments are shared by many people considered to be middle-class Chinese, according to Wang Xiaoyi, a researcher with the Chinese Academy of Social Sciences.

"The middle-income group, especially those who are young, don't see themselves as such even though their income has reached a certain level. People who are not on low incomes also feel the pressure of living costs - they're not enjoying the good life," Wang wrote in Beijing Youth Daily earlier this month. "It's as important to boost their sense of achievement as it is to lift people out of poverty."