A handout photo of Yang Zhouhu with his mother and nephew on the beach during their extended stay in the Seychelles because of the coronavirus.

A Chinese family that was stranded in the Seychelles for five months because of the coronavirus pandemic is finally back home.

Rex Yang Zhouhu and his mother, sister and three-year-old nephew are under a 14-day self-quarantine in a Shanghai hotel after flying from Ethiopia last Tuesday.

The 33-year-old Chongqing native became a social media star in China after sharing his family’s extended stay on the island of La Digue on Chinese microblogging site Weibo, at the same time many Chinese were under strict lockdown as the country struggled to get the pandemic under control.

While Yang’s life on the exotic Indian Ocean island – the third-largest in the Seychelles archipelago off East Africa – and his optimism impressed China’s online community, he said the family had been eager to return home since mid-May because of the growing economic costs.

“Because it has been too long,” Yang told Southern Metropolis Daily.

“On the other hand, we have been worried about the uncertainties in the future.”

The Seychelles closed its border in mid-March after its first Covid-19 case and, by the end of March, China had also cut most international flights in an attempt to rein in the outbreak.

It was not until early June that Beijing announced foreign airlines were allowed to resume travel to one Chinese city each week.

In the Seychelles, lockdown measures had been gradually eased since early May and last month it reopened to commercial flights.

For the Yangs, the journey home was to be a bumpy one. Plans continually changed as flights were suddenly cancelled, and there was further anxiety as the other families who were sharing their holiday house managed to return to their own countries.

Good news finally came on the afternoon of June 26, when Yang got a call from an airline to say a flight was departing in two hours. 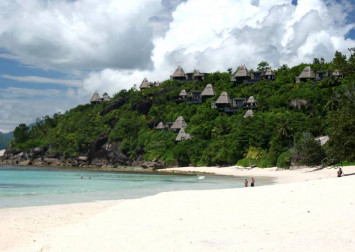 “We were told that if we could arrive at the airport on time, we would make it,” Yang told the Chongqing Morning Post.

It took the family just 50 minutes to pack before rushing to La Dique’s airport where they boarded a plane for Mahe, the largest island in the Seychelles.

There, they spent one night in a hotel.

Officials from the Chinese embassy sent them medical equipment – including protective suits, goggles and masks – as well as some chocolates.

The next day, the family took a cargo flight to Addis Ababa, where they spent three days under quarantine.

Last Tuesday, in the early morning, the four travellers boarded a flight to Shanghai for a homecoming Yang said “was too good to be true”.

While it was great to be back home at last, Yang said he was grateful for every day in the Seychelles. 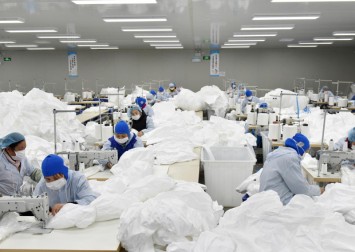 He was blessed, he said, not just with blue sky and stunning beaches, but also the good people there.

Even his 70-year-old mother had learned some basic English during their extended stay.

“My mother really treasured the past five months, which she said would be one of the most memorable trips in her more than 70 years of life,” Yang told the Southern Metropolis Daily, “and she has asked to travel with me again, but I told her that she needs to stay healthy first.”

Yang said the family would travel back to Chongqing after quarantine, but he would definitely return to the Seychelles.

“My feelings were so complicated when the plane took off and my eyes were watering,” he said.

“We will definitely go back after the pandemic, with more families and friends so more people will be able to experience the goodness of this place.”