A shop caught fire after someone set off a firecracker outside.

Five people have died in an explosion caused by firecrackers in southern China in the early hours of Lunar New Year.

The explosion happened at around 2am on Tuesday in Rongan county in the southern region of Guangxi outside a shop which was suspected of illegally storing and selling the explosives, Xinhua news agency reported.

The explosion started a fire that spread to four neighbouring households, killing five people and forcing 14 others to evacuate their homes.

The fire was put out by 5am and the shop owner, a man surnamed Zhang, was arrested by the police on suspicion of causing the explosion, according to the report.

The county authorities called an urgent meeting in the morning involving local police and fire services to target illegal firecrackers, the report continued.

Traditionally Chinese people stay up until midnight on Lunar New Year Eve after their family reunion dinner and set off firecrackers with fuses wrapped in red paper casings to scare away evil spirits and celebrate the festival. 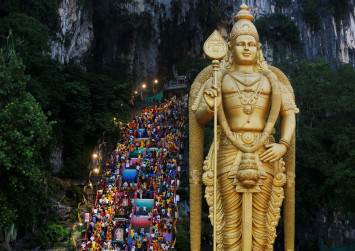 But the tradition has been banned in 499 cities across the country because deaths and injuries occur every year as a result of the custom.

In February last year, four people died and five were injured in an explosion when a man in Yuxi in Yunnan province tried to set off a firework.

Four days later, three more died in an illegal firework shop in Zaozhuang in Shandong province after a cracker set fire to the electrical appliances in the shop.

This year the southwestern megacity of Chongqing became the latest municipality to tighten its curbs on firecrackers by introducing a total ban after the practice was blamed for causing 410 injuries and starting 36 fires in recent years, the news platform 163.com reported.

Firecrackers also worsen the country's notorious air pollution problems, and last year air quality across the country was recorded to have worsened on four days of the Lunar New Year holiday. 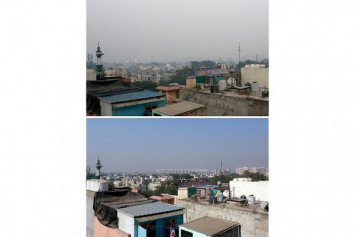 The news sparked discussions on Chinese microblogging platform Weibo, with many calling for more action.

"It should really be banned. Not just by posting a few articles online, putting up a few banners, or by words, but by banning the production of firecrackers which is the real root to the problem," one wrote.

"The government is not doing enough to ban fireworks. I hope they can tighten the policy further in the Year of the Pig," another wrote.