A major Chinese gaming company has denied it is asking college graduates to “pay to work” after a screenshot of a programme that charged “successful” applicants a hefty fee sparked online controversy at a time when tech jobs are becoming scarce for young jobseekers in China.

Shenzhen-listed Perfect World said it is not asking prospective employees to pay to work after a job posting for a training programme at Perfect World Education, an unlisted affiliate, raised eyebrows on the Chinese internet.

According to the post, the programme invited 14 people to “co-develop a multi-gamer survival video game”, and successful applicants would be charged 17,800 yuan (S$3,600) for the three-month period.

The company promised on its website that outstanding graduates can “directly join Perfect World”, but a customer service representative at the firm said that employment is not guaranteed for graduates.

In a statement to the South China Morning Post, Perfect World said the programme offered by its training affiliate was restricted to internal students and not open to the public. “We have received a lot of feedback from students that they want to participate in the development and operation of real-world projects, so we organised the project for them,” the statement said.

Online debate about the job posting, however, has shed light on a controversial issue common among graduates, some of whom have taken to social media to ask whether they should be paying for internships and experience in China’s competitive job market.

“The phenomenon of ‘pay to intern’ exists because these college graduates lack information and experience,” said Wang Yixin, executive director of public relations at online recruitment service provider Zhaopin. “But the practice of trading internships [for money] is not in line with the rules,” she said. 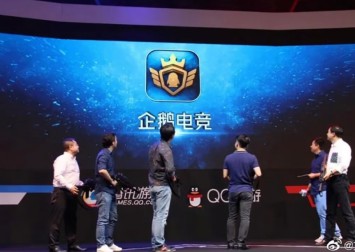 Calling it a “common phenomenon”, Ryan Hu, founder and CEO of career consultancy Togo Career, said many graduates are not capable of finding internships by themselves and are willing to pay.

For the first time in more than two decades, the number of college graduates without job offers could significantly outnumber those who have offers in China. Although the job market for graduates has become increasingly challenging in recent years, this year is shaping up to be the worst in a long time, with historically high graduate numbers and youth unemployment rates.

To be sure, Chinese tech firms have been trying to eliminate corruption and questionable deals when it comes to internships. Social media and gaming giant Tencent Holdings said in January it fired five employees who recruited interns to do remote work while accepting fees from third-party agents.

The employees, who were from the gaming, sales, strategy and product units, are “never to be employed at Tencent”, according to a notice posted on the company’s anti-fraud investigation WeChat account.