A long-running charity programme to help poverty-stricken girls finish their schooling is under fire after it was found to be funding boys' education as well, with critics accusing it of adding to gender inequality in China.

The Spring Bud Project has apologised after images of boys taking part in a donation event at a high school in southwestern Sichuan province were circulated on social media on Tuesday.

Launched in 1989 by the All-China Women's Federation and run by the China Children and Teenagers' Fund, the project aims to help girls who have dropped out return to school, and to improve education in impoverished areas.

It has provided aid to more than 3 million girls, built 1,811 schools and put more than 500,000 girls through vocational training in the past three decades, according to its website.

But on Tuesday, it was at the centre of a public outcry. Screenshots posted on social network Weibo showed boys at the Sichuan school receiving aid from the programme, with some users asking whether it constituted fraud.

The China Children and Teenagers' Fund responded in a statement on Tuesday evening, saying staff running the project had found that boys in the poverty-stricken areas it covers were also in need of assistance.

It said that of the 1,267 high school students who received aid in the latest round, 453 were boys.

The fund continued that the school in question, in Sichuan, had 100 aid recipients, and 47 of them were boys.

It said all girls eligible for assistance at the school had received aid and programme staff had taken the advice of teachers to include the boys as well.

The fund apologised, saying that "in future, as we carry out the Spring Bud Project, we will always list girls as recipients of aid. If the situation should arise where boys are in need of aid, we will make this clear when we advertise for donations".

But the statement did not satisfy critics, who said that if all the girls in the area had been given aid, any extra funds should have been provided to girls elsewhere. 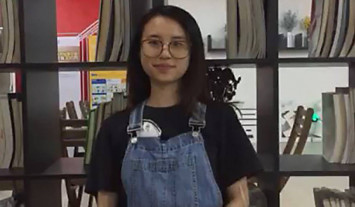 Others said the move went against the point of the project, saying they had chosen to donate to girls because they continued to face discrimination in society and they wanted to help them change their fate.

"Women, especially those at the bottom of society, are often treated differently when they are growing up and neglected by their families when it comes to their health and education needs," said Beijing-based feminist blogger 'Shaoxi'.

"That's why many people want to donate to girls only, so that they can open doors for these girls and provide them with an opportunity to change their lives."

She was concerned that the fund's action may cause people to lose trust in it and stop donating, and she said that would have a serious impact on the many girls in need of aid.

China has fallen in a global ranking for gender equality for an 11th year in a row, coming in at 106th among 153 countries despite decades of economic advances, according to the latest study by the Geneva-based World Economic Forum.

The survey, which examined gender parity in health, education, political empowerment and economic opportunity, said China was just ahead of South Korea at 108, India in 112th spot, and Japan at 121.