A handout photo. Chinese grandmother pens a bestseller in her spare time.

While waiting for a pot of soup to boil, washed vegetables to dry, or meat to stew, Benfen Yang sat on a low stool and wrote swiftly on manuscript paper in a four-square-metre kitchen in Nanjing, the capital of China’s eastern Jiangsu province.

In the autobiographical prologue of her first novel, Qiuyuan , the 82-year-old Yang told how she penned it when she was in her 60s.

Yang spent a year finishing the story and more than 10 years waiting for the book to be published.

The book scored 8.9 out of 10 on Douban, a Chinese social networking platform that rates and reviews books and movies. More than 80,000 copies have been sold so far.

Many readers referred to her as “the female writer by the stove” because of her writing experience.

Yang moved to Nanjing with her husband at the age of 60 from Jiangxi, a southeast Chinese province, after retiring from a dispatcher position at a bus transportation company. She was there to help with caring for her granddaughter when her daughter and son-in-law needed to go to work.

The family of five was crowded in a 70-square-metre apartment in a suburban district.

With no interest in playing cards, mahjong, or square dancing, as many elderly Chinese do, Yang spent her spare time embroidering, reading and writing, The Paper reported.

Inspired by Yefu’s book Mother on the River , a tribute to his long-missing mother, Yang decided to write down her mother’s life story, an ordinary Chinese woman, and the sufferings of the countryside people in central south China’s hinterland.

“My mother’s footprints in the world will be swiftly erased if no one puts something down,” Yang wrote. “My own traces will be wiped one day, not too far away.”

Yang began her writing journey with the faith to leave something behind.

Her writing passion has remained inexhaustible since then, and she continues to write to this day. Her second book Driftwood, or Fumu in Chinese, a collection of essays, was published last year. Her third book Wobenfenfang, a memoir of her family life, was released last month. 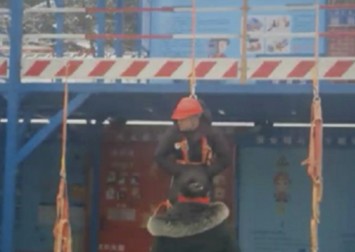 “She never has any ‘writing bottlenecks,’ and stories flow like tap water; it is the gift from her past hard life,” said Zhang Hong, Yang’s daughter and a writer herself.

Out of curiosity, Yang once weighed the manuscript paper of her first book, which was over eight pounds.

Yang has been bothered by pain in her knees in recent years. She does, however, continue to write, albeit less frequently than before.

“It’s been a very difficult life,” Yang said to China’s Women’s News . “I was living for others until I began writing and had my works published.”