When Zhang Mingrong slipped and fell while carrying his paralysed wife on his back during a hike in 2021, an aggravated herniated disc meant he would not be able to summit Mount Taishan in Shandong province in eastern China.

For most people, the injury would have been a minor delay before inevitably checking off a fun adventure that could be accomplished a few months later. But for Zhang, and his wife Kong Yan, it might have marked the end of an annual journey that had come to symbolise over a decade of love, tragedy, hope and commitment.

"It may be superstition, but I think that fall was the mountain telling me not to go up there again, so our annual climb to Mount Taishan stopped," he told the South China Morning Post.

For Zhang and Kong, climbing Mount Taishan symbolised that their love could overcome anything — from a disapproving family to a nasty fall that left Kong paralysed 13 years ago.

The Spring Festival in 2009 was supposed to be the greatest moment of their young romance. Kong and Zhang had decided to elope because Kong's family could not accept Zhang; they viewed him as a burden because he was not wealthy and had to care for multiple siblings and a disabled mother.

It was planned that Kong would sneak out of her house at night and they would run away together, like a scene from a Hollywood film. But when Kong was scaling a wall to meet Zhang, she slipped and fell, injuring her spine. She would be paralysed from the waist down as a result. 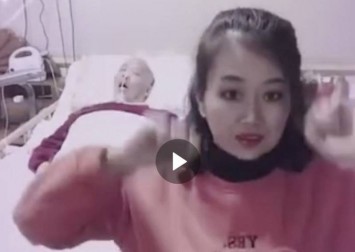 Suddenly, with Kong needing care, her adoptive parents began to see her as a burden and agreed to let her continue to see Zhang.

To cover the cost of Kong's treatment, Zhang spent all of his savings, borrowed money from his relatives, and worked multiple temporary manual labour jobs.

Eventually, in 2013, they got married and their son was born soon after.

The birth of their son added a dose of optimism to the couple's lives, and their days slowly started to improve. They relocated to Dongying, a low-cost city in Shandong, and now run a wholesale food store.

In 2018, they welcomed their second child, a daughter, which Zhang had always hoped for.

"There are still many difficulties in life, but I don't feel bitter any more," said Zhang. "I'm ecstatic to have a son and a daughter who call me 'daddy' every day."

They began to turn their eyes to Mount Taishan after Kong's health improved.

Before Kong's injury, Zhang said he had promised "to take her to any place she wanted to go when we got money, and she said she wanted to climb Mount Taishan and see the sunrise."

Mount Taishan is the tallest mountain in Shandong province and is a Unesco World Heritage Site because it features stunning Chinese heritage architecture along the path to the top.

Read Also
Her mum disapproved of her interracial relationship 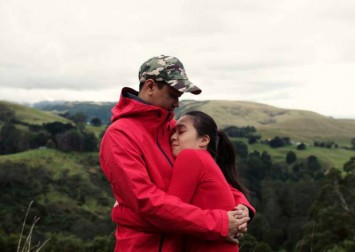 On February 12, 2017, undeterred by Kong's paraplegia, Zhang secured his disabled wife on his back with a bedsheet and carried a backpack on his chest. He got down on all fours and began climbing "bear style".

The journey, which would take most people five to six hours, took Zhang and Kong 12 hours. Exhausted from climbing all night, they had reached the top before sunrise.

"That moment when the sun began to emerge from behind the clouds, little by little, it was very beautiful and touching," recalled Zhang.

The couple would return to Mount Taishan in 2019, 2020 and 2021, when Zhang fell and required minor surgery on his back.

While he is not optimistic about returning to the mountain any time soon, there was a hint of personal pride when he told the story; here was a man who had made a promise and kept it, despite overwhelming barriers.

READ ALSO: Has your marriage taken a backseat because of the pandemic? Here's how you can strengthen it