Chinese man cleared of murder after 11 years in jail

A man who spent more than a decade in prison for the death of a woman whose body was found in a toilet cesspit has been cleared by a court in Xinjiang, western China.

Li Jiangong, 51 was given a suspended death sentence in July 2008 for killing 75-year-old Cao Juying, whose body was found in the toilet cesspit of a cement factory in Korla where she had worked before her retirement.

Cao's mouth had been sealed with adhesive tape and she had head injuries consistent with being hit by a blunt object.

Police concluded she must have been murdered by an acquaintance who lived nearby. Six days after Cao's body was found, in December 2007, Li - who was one of her neighbours - was arrested.

It is unclear whether the two were acquainted.

On Wednesday, after a decade of campaigning by his family, Li was finally pronounced innocent by the Xinjiang Construction and Production Corps Second Division's Intermediate People's Court, The Beijing News reported.

An initial review of the case, in November 2008, by the High Court in Xinjiang, upheld the original verdict but Li's family continued through the next decade to appeal to the Supreme People's Court.

It was not until December last year that the Xinjiang High Court ordered the case to be heard again, saying the previous verdict should be withdrawn due to insubstantial and insufficient evidence.

Read Also
Chinese man gets $911,000 payout after he was wrongfully jailed for 25 years 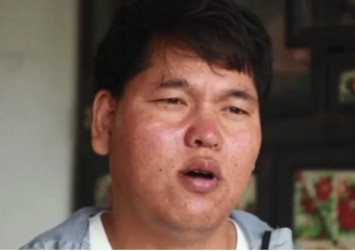 According to the latest judgment, there was a lack of evidence to support Li's alleged motivation for the murder. Investigating officers had never identified where the crime had been committed or the murder weapon, the court said.

Li was released from prison upon the court's announcement. "Our efforts over so many years were not wasted," his sister, Li Cuihong, told the newspaper.

"We will seek state compensation and will hold the officials who made the wrong verdict accountable."

Lawyer Wang Shihua, representing Li's family, said he had suggested to the court that seven officials involved in the case should be held responsible.