A Guangzhou volunteer who drove 1,400km to Zhengzhou to help repair cars damaged by the Henan floods has become the latest victim of online bullying with internet users accusing him of taking the coronavirus back to his home city.

Ye Jungang, a 35-year-old car mechanic in Guangzhou, and a colleague drove to Zhengzhou on July 25 after seeing a video of mechanics in Zhengzhou appealing for help as they struggled to cope with the number of cars hit by the floods, news portal shobserver.com reported.

Ye, with 16 years experience in the industry, said going to the site to repair cars was the: “most practical way he could support Zhengzhou”.

Before he left Zhengzhou on July 30, Ye had helped fix 400 cars.

Upon his return to Guangzhou, he started being quarantined in a hotel as required by the government since his car had passed through pandemic-affected areas in Zhengzhou. Ye tested negative for the coronavirus.

Since then, his social media account has been flooded with abusive messages and criticisms.

“Why are you so silly to go to Zhengzhou and come back? You want to bring the virus to us?” one of the comments read.

“You returned to Huadu District [of Guangzhou] to spread the virus?” asked another person.

Following the deluge of online abuse, Ye released a short video on Tuesday asking for understanding from internet users.

Ye said that before he headed to Zhengzhou, he hadn’t imagined that the city would be hit by coronavirus. On the day he left, no cases had been reported yet.

“I went to Zhengzhou to be a volunteer to fix their cars. I want to help the people there,” said Ye, weeping, in front of the camera. “I have never thought of bringing the virus to Huadu.”

“I wish the public would give me more encouragement, rather than curse and attack,” he said in the video.

Ye’s appeal has won the heart of the public. Some people offered to pay for his quarantine costs but Ye did not accept the offers. The local government of Huadu has promised to reduce his hotel fees, the report said.

Online bullying is a serious problem on the mainland, where anonymous trolls or “keyboard warriors” as they are called in China, spread rumours and attack others with impunity. 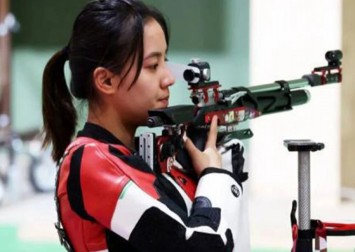 Wang Luyao, a Chinese air-rifle athlete at the Tokyo Olympics who did not make the final as expected by the public, had been abused online before the authorities intervened and suspended 33 Weibo accounts involved.

Three years ago, a doctor in Deyang, Sichuan, committed suicide after receiving online abuse triggered by an edited video clip showing her husband, a public servant, beating a teenage boy. The husband beat the boy in retaliation after the latter hit his wife in a swimming pool, refused to apologise, and spat towards them. But the tampered video didn’t show the audience that the boy’s family not only then beat the doctor in the changing room of the swimming centre but also made a scene at the workplaces of the doctor and her husband the next day.

After the doctor died, the public’s ire shifted dramatically, targeting the boy’s family instead.

Zheng Ning, a law professor from the Communication University of China in Beijing, said China does not have specific laws targeting online bullying but has sporadic regulations that are insufficient for tackling the increasing level of abuse on the internet, the Legal Daily reported.

“People are anonymous on the internet. people online have a low responsibility. It’s hard to hold those responsible accountable. Therefore, online violence has become more and more rampant,” she was quoted as saying.