Wu collects rubbish near his home each day and sells it at recycling centres and gives the proceeds to needy children.

Collecting recyclable materials from households near his home from 8am every day and selling them at scrap recycling centres by 2pm has been a daily routine for 71-year-old Wu Qiyun for the better part of the last two decades.

Since 2004, Wu, from Nanyang, Henan province in central China, has used the money he has earned from selling paper, cardboard, plastic bottles and old appliances to support more than 100 junior school pupils in rural areas.

So far, Wu has donated over 80,000 yuan since he began collecting recycling material.

Wu lives in two rented rooms totalling roughly 20 square metres with his wife and two grandchildren, aged five and 13, while his son and daughter-in-law work in Guangdong province in southern China. He doesn't even have a chair at home because of limited space.

"Money isn't the most important thing; I did what I wanted to do, so I have no regrets," Wu said. 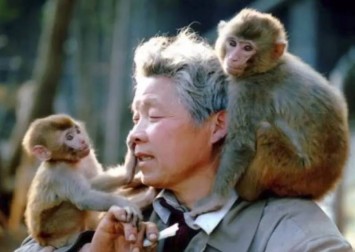 At first, he faced resistance from his wife, who argued that they could barely maintain their own families while he was donating money to others.

However, Wu said he has his reason for doing so, having received help from strangers in the past.

Wu received a lot of help from strangers after local media reported a story about Wu carrying his mother, who had injured her left hip, on his back to see a doctor in Guangzhou in 2003.

"There is an old Chinese proverb that says, 'A drop of water must be returned with a burst of spring,'" Wu said. "I merely did what needed to be done, and my contribution is rather modest."

Wu was diagnosed with hyperostosis about a week ago, and the doctor advised him to rest.

He no longer rides his electric tricycle across town to collect scrap because of the pain but instead waits for his "regular customers" to call him. His wife also assists him with heavy lifting.

Wu's income has suffered as a result of his reduced ability to work. He now barely makes a living; previously he used to earn 50 to 60 yuan per day selling more than 100 kilograms of scrap. He could make as much as 100 yuan on a busy day.

Despite his reduced income, Wu said he has no plan to stop making donations.

"I will restart my donations after I recover," Wu said. "I will continue to do this for as long as I am able to."

READ ALSO: Charity or stunt? Video of children giving out ang baos to the needy at Rochor sparks debate