The father is accused of using the money to take his new wife on holidyay.

Police in the eastern Chinese province of Zhejiang have detained a man accused of selling his two-year-old son and using the money to tour the country, local media reported.

The man, surnamed Xie, quarrelled constantly with his current wife and is alleged to have sold the boy nicknamed Jiajia to relieve the burden of child care, the Zhejiang Legal Daily reported on Wednesday (April 28).

Xie was given custody of the boy after divorcing the child’s mother, who kept their daughter.

However, because Xie was away working in another city, he left the boy in the care of his brother Lin and other family members in Huzhou city.

The report said that Xie had taken his son away last month and told his family the boy’s mother wanted to see him.

Days later Lin discovered the boy had never arrived at his destination and contacted police when his brother declined to answer repeated messages. 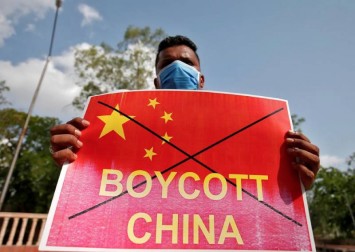 Police said they had discovered that Xie had sold the boy to a childless couple in Changshu, a city in Jiangsu province, for 158,000 yuan (S$32,410), and used the money to take his new wife to different parts of the country.

The couple from Jiangsu are now facing “criminal coercive measures” and Jiajia was returned to his uncle late last month.

The report also said that Xie and his former wife had two other daughters, who had previously been “given” to another family, but it did not say whether police were investigating that case.