Chinese men tricked out of $160,000 by crime gang's sob story about woman forced into marriage; 30 detained

A criminal gang in east China concocted a story about a woman being forced into marriage to cheat men out of their money.

Thirty members of a criminal gang have been detained in east China for allegedly fleecing sympathetic social media users who thought they were helping a woman escape a forced marriage.

The scam started late last year with the woman adding men on WeChat - China's most popular social media app - and then telling them her family had accepted a bride price for her to marry four brothers, none of whom she loved, the Xinmin Evening News reported on Thursday.

In the weeks that followed about 300 men, most aged between 30 and 50, agreed to help, with many of them foregoing the actual product and instead just making a donation to the woman's cause. Others paid more than 100 yuan (S$20) for a single piece of cordyceps that had a retail value of just 20 yuan.

Some of the victims handed over tens of thousands of yuan, according to police in Shanghai's Changning district, who launched an investigation in January after being alerted to the case, the report said.

It was only when they were contacted by the investigating officers that most of the victims realised they had been duped.

"A woman added me on WeChat in December and after chatting for some time said she was in trouble and did not want to be chained to a marriage," a man surnamed Li was quoted as saying. "I gave her 30,000 yuan out of sympathy as she was all alone." 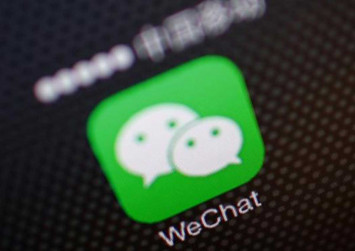 He said he wanted to help the woman - who did not exist beyond the photograph used by the fraudsters - after she told him she had been forced into marrying four brothers.

The police investigation led officers to the city of Xinyu in Jiangxi province where they discovered the gang and detained the 30 suspects, the report said.

Cordyceps, also known as "Himalayan Viagra", is a fungus that lives on certain caterpillars found in mountainous regions of China. Highly prized by practitioners and devotees of traditional Chinese medicine, it is mostly used to treat kidney disorders and impotence, and to improve athletic performance.