The lobby of the CIA Headquarters Building in McLean, Virginia, on Aug 14, 2008.

A Chinese military newspaper has called for a “people’s war” to defeat American espionage after the CIA set up a new unit dedicated to China.

The launch of China Mission Centre on Oct 7, which CIA Director William Burns said was aimed at countering “the most important geopolitical threat” of the century, has gone viral on Chinese social media.

A widely circulated video clip in the past few days, carried by many state-controlled media outlets, claimed that the CIA was recruiting Chinese-speaking operatives who understood Mandarin as well as Cantonese, Hakka and Shanghainese.

A Weibo account run by the People’s Liberation Army Daily, the official newspaper for the armed forces, described the CIA as a foreign hostile force, adding that “the US intelligence service, which is so blatantly recruiting special agents, must have more sinister and unbearable methods behind it”.

But Sunday’s post continued: “No cunning fox can beat a good hunter. To maintain national security, we only need to trust the people and rely on the people.”

It went on to call for greater public support and said a “people’s war” was needed to guard against intelligence risks and “make it impossible for spies to operate and hide themselves”.

The move to create a dedicated CIA China unit was seen in the US as a belated step to reflect Joe Biden ’s foreign policy agenda.

But for Beijing, still haunted by the sudden collapse of the Soviet Union 30 years ago, the CIA’s new focus on China seems to have corroborated its fears of a “colour revolution”, the name given to a series of popular uprisings in former Soviet republics over a decade ago.

The announcement of the new centre came just a day after China’s top diplomat Yang Jiechi met the US National Security Adviser Jake Sullivan in Zurich for the first time in six months amid signs of a thaw in bilateral ties.

In an interview with state broadcaster CGTN last week, China’s deputy foreign minister Le Yucheng questioned Biden’s sincerity over his pledge to not “seek a new cold war” with China and lashed out at Washington’s intensifying efforts to curb Beijing’s rise. 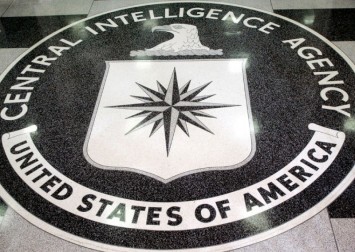 “Internationally, the US has created one mess after another through ‘colour revolution’ and ‘democratic transformation’,” he said, without mentioning the China Mission Centre.

The Chinese authorities have remained vigilant towards foreign espionage risks over the years, carrying out crackdowns and rallying the public to help report suspicious spy activities.

After unveiling detailed guidelines in April, the Ministry of State Security said in August that last year there had been a sevenfold increase in economic and financial spying cases compared with five years previously.

The creation of the China Mission Centre is also believed to be motivated by concerns that China has stepped up its espionage activities in the US and designed to counter criticisms of the CIA’s activities in China.

The New York Times reported in 2017 that CIA spying operations inside China had suffered a devastating blow between 2010 and 2012, with at least a dozen CIA sources being killed or disappeared.

Robert Baer, a former CIA case officer, admitted a decade ago that numerous agents based in Beijing did not speak Mandarin.

Leon Panetta, a former CIA director and defence secretary under Barack Obama, told Politico that “China remains a very hard target to be able to penetrate, and for that reason creating that centre to establish a real focus on China makes sense.”