Wanting to prolong her daughter's life, a young mother in China stole her own ID documents from her own parents to donate parts of her liver to her baby, keeping it a secret from her family.

Twenty-two-year-old Jiang Liuxin from Yidu in Hubei province was told that her 7-month-old daughter was in need of a liver transplant after she was diagnosed with a rare liver disease, Chinese local media Yidu Television reported via The South China Morning Post yesterday.

Jiang's parents and other relatives did not approve of the transplant, despite the doctor saying that it was the only option left as the baby's health deteriorated. She had also saved enough money to pay for the operation. 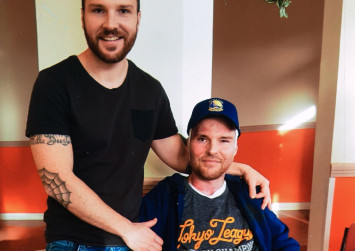 The mother was quoted in the report as saying, "I pity my child and my parents pity me too, so they disagreed with the transplant."

To make sure the transplant would not proceed, the parents had kept a close watch on their daughter's ID documents. But because of her determination to save the baby, she secretly took them while her parents were away.

The baby went through a successful surgery, but the report said that further treatment was needed.

Although going through with the operation, Jiang said apologetically: "I'm really sorry to my parents, but I had no choice. My husband and I believe we need to take full responsibility for our daughter." But because of her love for the baby, she added, "I would try anything to save her."