The leaflet describes the medical industry as “beyond remedy”.

Four township officials in eastern China's Jiangsu province have been sacked for listing doctors as the top target in a campaign leaflet to fight organised crime.

The leaflet - published by authorities in Weitang, Suzhou to promote the ongoing nationwide campaign - referred to doctors as the country's No 1 profession with "a dark heart", photos circulating on the internet showed.

"This industry is beyond remedy," the leaflet reads. "There is no patient who hasn't had money swindled from them because they have no choice between life and money. This industry is top of the list - its unscrupulousness has been widely accepted but it affects everyone."

Social media users - especially doctors - reacted to the leaflet with disbelief and anger after it was posted online on Tuesday.

On Weibo, China's Twitter, a doctor in Zhejiang asked if it was a "smear campaign waged by the government against doctors".

"Residents will surely believe it and think doctors overcharge them and write unnecessary prescriptions, which will lead to distrust of doctors and disputes in hospitals," the doctor wrote.

Another said: "So the crackdown on organised crime isn't targeting the mafia … so we are the mafia. Isn't this a bit too reckless for a government publication?" 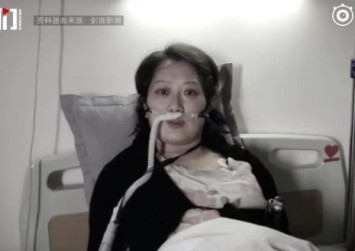 The township government apologised on Tuesday evening, saying it had "copied inappropriate materials" and failed to check the content of the leaflet.

"We apologise sincerely to the public," it said.

The Xianghe district government, which oversees the township, on Wednesday said four Weitang party officials, including deputy party secretary Bao Xiaoyuan, had been removed from their administrative posts ahead of any party disciplinary action that might be meted out.

The township party committee was ordered to reprimand itself and improve.

Beijing started the campaign targeting grass-roots criminal organisations and their "protective umbrellas" last year. More than 3,000 people have been punished, but the campaign has also been ridiculed for taking aim at the wrong targets.

Earlier this week, a kindergarten in Guiyang, Guizhou province put up a banner at its entrance reading, "Crack down early and crack down young. Eliminate the dark and evil forces when they are still budding". The kindergarten said the banner was "meant for the public" but took it down after an online backlash.

It came after a neighbourhood association in Hunan province apologised last month for an anti-gang poster targeting mental health patients and parents who have lost their only child.