Xiao and Wang are led into the Shunyi District People’s Court in Beijing on December 26. The pair have been jailed for eight months.

A Chinese woman and her accomplice have been jailed for eight months in Beijing for spiking the drink of a rival public service candidate with drugs to sabotage her chances of landing the job.

The Shunyi District People's Court found the woman, identified only by her surname Wang, and a man, surnamed Xiao, guilty of deceiving another person into taking drugs.

The court heard that Wang had told police she was desperate to join the public service when she sat the exam in December 2017. It was not known which government agency she had applied for, but at the time she was nearing the age limit of 35 to sit the exam.

Plum public servant jobs go to the top scorers, but for the role Wang applied for, she came second to a woman surnamed Qin in both the written exam and interview, the report said.

Three months later, in March 2018, police received a tip-off that a staff member was using drugs at an agricultural company in the Beijing district of Shunyi.

That's where Qin was working, and when she tested positive for amphetamine and methamphetamine - and 0.05 grams of methamphetamine was found under her office keyboard - she was detained, according to the report.

Police started investigating after Qin strongly denied she had taken or possessed any drugs. Her colleagues also vouched for her, saying she lived in the company dormitory and any drug use would have been noticed.

Qin also told officers she was to have a health check the next day for the all-important public servant recruitment process - an opportunity she was unlikely to want to jeopardise. 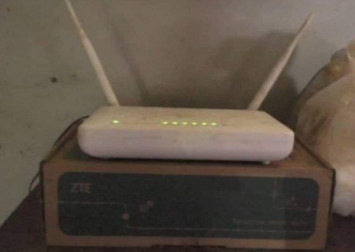 The court heard the police had been contacted by the government agency where Qin had applied to report it had also received a tip-off that the job applicant had been using drugs.

The agency wanted to confirm if Qin had been detained and whether she should be disqualified from the process, the report said.

Qin told police that she had been contacted by Wang, who was not known to her, and offered 1 million yuan if Qin did not go ahead with the health check.

The court heard that Qin's supervisor at the agricultural company had also told police Wang had applied for a job with them, and asked about Qin during the interview. Wang was offered the job but did not take it.

The agricultural company instead hired Xiao, and it was Qin's task to show him around the workplace when he started. She told police she had dinner with him and had felt very strange and excited after the meal, according to the report.

Wang and Xiao were taken in for questioning. Xiao confessed to spiking Qin's drink and planting the drugs at her desk, while Wang admitted that she had paid Xiao 50,000 yuan to do so because she wanted Qin to be disqualified from the public service recruitment process.