The impact of hailstones is seen on the flight deck windscreen of an A380 that touched down at Beijing after a thunderstorm on Sunday.

The windscreens on an Airbus A380 were shattered by hailstones as it landed at Beijing on Sunday, China Southern Airlines said.

No one was injured during the incident, which was caused by a thunderstorm over the Chinese capital, the airline said on its Weibo account on Sunday.

Flight CZ3101 left Guangzhou in Guangdong province at 8.35am. As it came into land at about 11.20am, the crew radioed the control centre about damage to the windscreens along the flight deck caused by hail.

"We can still see the outside," a crew member said on an audio track released by Chinese newsportal Thepaper.cn. "But the windscreens have cracked."

The aircraft touched down safely at Beijing Capital International Airport at 11:48am. All passengers and crew were unharmed.

A passenger told Thepaper that there was more turbulence than usual on landing, but that the flight attendants were very calm and the passengers only realised what had happened as they got off the plane.

A picture from Thepaper showed that the nose of the plane was also damaged. 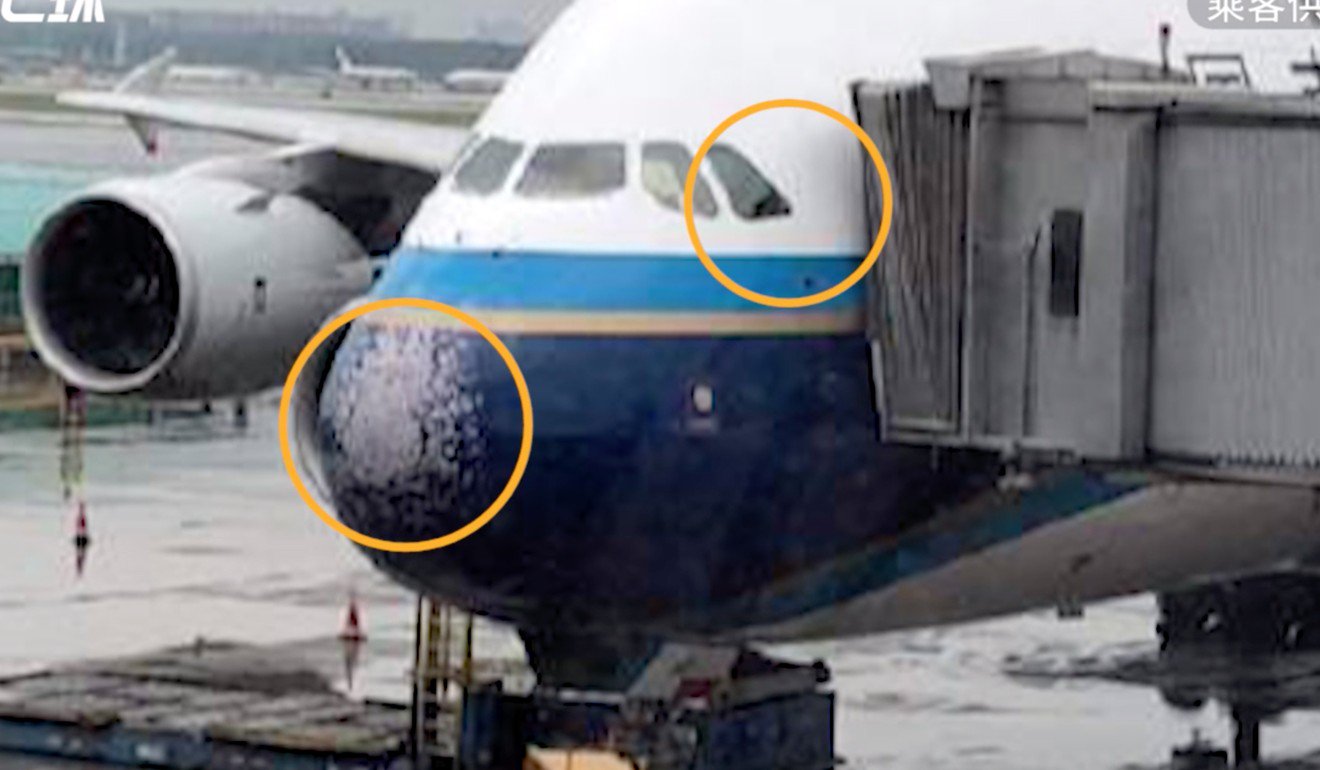 Passengers only understood what had happened to Flight CZ3101 when they saw the plane on the ground at Beijing. Photo: Weibo

Windscreens on an A380 are three layers thick and only the outside layer was broken on Flight CZ3101, China Southern told Beijing Evening News.

Last May, a Sichuan Airlines plane en route from Chongqing to Tibet made an emergency landing at Chengdu after its windscreen was shattered. A co-pilot was injured by explosive decompression and almost sucked out of the cockpit, Chengdu Economic Daily said.

A cabin crew member suffered a torso injury, the first officer was scratched and 29 of the plane's 119 passengers were sent to a hospital for examination.