A man in central China who allowed his unleashed dog to run around a bus is suspected of assaulting the driver after he was told to get off.

Driver Li Jian was working on the 168 route in Hunan's provincial capital, Changsha, on Monday when he noticed a dog on board. He stopped the bus, opened the doors and told the owner to take the dog and get off, the Xiaoxiang Morning Herald reported.

The owner ran towards Li, grabbed him by his neck and began hitting him in the face. Passengers came to Li's assistance and he managed to call the police, the report said.

"I just wanted him to take the dog off the bus. Just this sentence, I didn't say anything else," Li was quoted as saying. 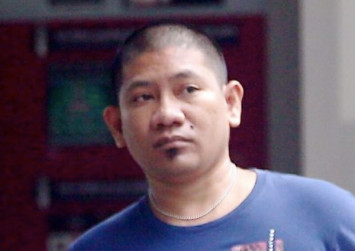 In a photo taken by the Xiaoxiang Morning Herald at the hospital, Li was seen wearing a neck brace and had tubes in his nostrils to help him breathe. The injuries could take two months to heal, the Changsha report said.

Li had driven route 168 for several years and was a responsible driver, Chen Hongbing from Longxiang Bus, which operates the service, told Changsha Evening News. The company said it will support Li while he recuperated.

The dog owner is being investigated by the police, both papers reported.

Animals that affect the safety, health and comfort of others are banned from public buses in Changsha, with the only dogs permitted being guide dogs and police dogs, the Xiaoxiang Morning Herald reported.

"He must be charged with endangering public security and punished severely," a user from Sichuan province wrote.

Passenger assault on bus drivers has become a problem in China. In October 2018, a scuffle between a passenger and driver led to a bus in Chongqing veering off course on a bridge and plunging into the Yangtze River, killing all 15 on board.