Wang Yanhui, a policeman from Langfang city, made the claims in a video.

A police officer from the force investigating a serious assault on a group of women in northern China last month has accused a local forensic investigator of falsifying reports in the past — heightening public concerns about the chance of an impartial investigation into the incident.

Wang Yanhui, a policeman based in Langfang city in Hebei province, made the claims in a video that circulated widely online and accused the head of a local forensic centre of downplaying the injuries he sustained in a hit-and-run in a bid to shelter criminal elements.

His force, based in the city’s Guangyang district, was asked to take over the investigation into the attack on four women diners in the neighbouring city of Tangshan to reduce the possibility of interference.

But Wang said that back in 2002 he had tried to stop a truck for inspection but the driver had refused and instead tried to run him over.

A suspect, identified by the surname Guo, was detained many years later, in 2021, although neither Wang nor the local authorities have explained the delay.

Following the suspect’s detention a local forensic centre issued an injury report — but Wang objected saying the evidence had been falsified to downplay his injuries.

Following his complaint, a Beijing-based agency re-examined the evidence and published a fresh report four months later that confirmed that his injuries had been more serious than the initial report suggested.

“The law is a weighing scale, but now the weights are loaded. What fairness is there to speak of?” he said.

Wang encouraged people to circulate the video online so that Hebei judicial authorities will take notice and get in touch with him so he could “submit all evidence in a timely and truthful manner”.

On Saturday (July 2), the judicial bureau of Guangyang district said it has launched an investigation into the case.

The statement pledged to “step up supervision of forensic identification organisations according to the law and rules”.

Read Also
Man slaps woman after she rejects him in China restaurant, leading to violent group assault on female diners 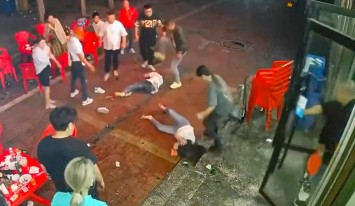 The Guangyang police bureau of Langfang, a city about 150km from Tangshan, was ordered by Hebei’s public security department, to take over the investigation into last month’s attack on the women, which started after one of them objected to being harassed by a man at a restaurant.

Security cameras caught the assault, which led to widespread anger about gender-based violence throughout China.

Nine people have been detained over the assault and it later emerged that the chief suspect had been named as a fugitive in connection with a previous assault and kidnapping case and been blacklisted for running up bad debts.

The case also prompted a number of people in Tangshan and other cities in Hebei to make claims online about cases of alleged harassment and bullying by gangs. A deputy police chief has been sacked and five others placed under investigation following the attack.

The public had hoped that the takeover would eliminate undue interference and ensure the impartiality of the investigation, but Wang’s report has sparked further concern.

A social media user from Hubei province commented on Weibo: “There was a big difference between the two injury authentication reports. Why?”

Another Weibo user from Guangdong said: “Now the public security authorities do not protect the rights of their police officers, will anyone else defend justice for ordinary people?”