Police in Shaanxi province are looking for a high school pupil after a teacher was fatally injured at Xian No. 66 Middle School.

Police in northwestern Shaanxi province were looking for a high school pupil suspected of having fatally injured a teacher after his mobile phone was confiscated by another member of staff.

A statement from Xian police on Saturday said the 17-year-old boy was believed to be from Xian No 66 Middle School, where a 55-year-old politics teacher, identified by her family name Zhou, 55, was fatally injured on Thursday evening.

The pupil twice went to the school office to ask for his phone, but the history teacher was not there. At about 10pm he went a third time, when other pupils heard a cry and found Zhou bleeding on the floor by the office door. 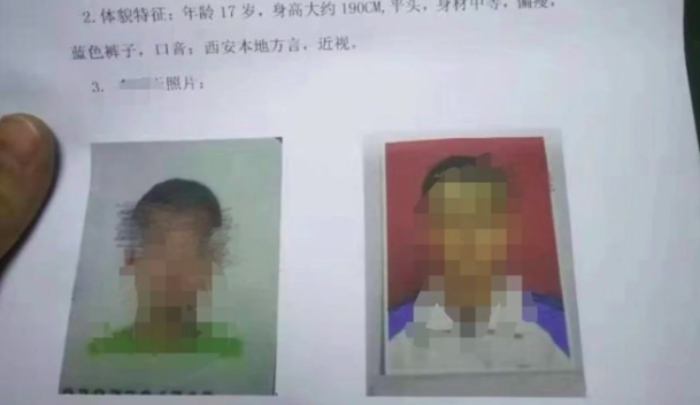 Police in Xian are asking the public for help after Thursday’s events at No.66 Middle School. PHOTO: Weibo

She was taken to hospital, where she died. Security video footage showed the pupil leaving by climbing over a wall.

On Sunday, as police asked for the public for clues to Zhou's death, pupils and former pupils remembered the teacher.

"Other students used to envy me because teacher Zhou took very good care of me," Liu Qiang, who graduated in 2014, was quoted by Dzwww.com as saying.

"She was not only a competent teacher but also very kind to students, like a mother," said Chen Ping, who graduated three years ago. She said Zhou gave each student stationery and encouragement before major college entrance exams.

Others turned to Weibo, China's Twitter-like service, to mourn Zhou. Some said she would go into classes early to turn the heaters on, buy pupils breakfast or send each a postcard before they graduated.

One, an asthmatic, recalled how Zhou carried her from the fourth floor of the school to an ambulance and paid her hospital bill when the pupil suffered an attack.