Parents gathered outside the school to protest on Wednesday.

Police had to be called to a school in southwest China after angry parents staged a protest about the discovery of mouldy food in a "model student canteen".

Witnesses said piles of meat and seafood covered in mould had been spotted when some of the parents stumbled into the kitchen at Development School of Chengdu No 7 High School on Tuesday.

The next day a number of pictures of mouldy food, apparently taken at the school, flooded Chinese social media and parents discovered that a number of children had been suffering from similar intestinal problems.

The protests started outside the school in the capital of Sichuan province and then spread to the local government offices, according to witnesses, who said several parents had been detained.

Video footage taken on Wednesday appears to show hundreds of parents storming the school gates and other footage shows police arresting them and using pepper spray.

Following a public outcry on social media the Wenjiang district government issued a statement on Weibo that said eight people responsible for food safety at the school were being investigated by the authorities.

The authorities insisted they would carry out a thorough investigation and would show"zero tolerance" to those found to be at fault.

An earlier statement said that supervisors had removed all the food stored in the kitchen and were conducting tests on samples that parents had complained about.

The cafeteria had been designated as a "model student canteen" by the provincial education department and run by Sichuan Deyu Logistics Management Service Company.

Wu Chunlei, Deyu's boss, told the Chongqing Morning Post that he was "deeply upset", but believed all operations at the company were in line with food security regulations. 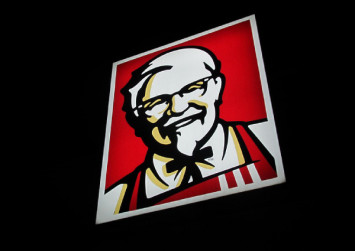 One of the parents protesting outside the school told the South China Morning Post that he did not know how long the school had been serving the food but he was worried about the long-term health implications.

Although his 12-year-old son had not suffered any symptoms, "a large proportion of parents have said their children often suffer from problems such as diarrhoea or constipation".

"We complained about the food provided by the school before, because it did not look fresh. I did not imagine things could actually be much worse," Jian Li, another protesting parent said.

"My son often said the canteen's food is awful and he often eats the bread and milk I buy him instead," she continued.

The mouldy food was found by a group of parents who had been invited to the school for an event to mark national tree planting day and got lost looking for the lavatories.

Parents tried to confront the school's leadership after they discovered the canteen had commissioned three vehicles to take away the food.

The parents managed to stop one of the vehicles from leaving,according to one parent who declined to be named.

The school, which has more than 6,000 staff and pupils, is affiliated with Chengdu No 7 High School, one of the city's best schools, and its website says it offers pupils top class facilities.

The school kitchen has been regularly visited by officials and staff from others schools over the past years.

Last week local media reported that an official from the district's market supervision bureau had invited a group from another local school to "study" its operations.