The latest proposal by China's legislators to lower the minimum legal age for marriage has been met with confusion and ridicule as the country continues its efforts to address a looming population crisis.

According to the state-run Xinhua news agency, some members of the National People's Congress Standing Committee (NPCSC) - the executive arm of China's rubber-stamp legislature - proposed last Wednesday to reduce the age threshold to 18, from 22 for men and 20 for women.

Zhang Sujun, one of the NPCSC members who proposed the change, admitted that it would not on its own reverse a decline in the number of people getting married. But he said it could help, alongside other policies, to address the issue of China's ageing population amid falling birth rates.

"This is the right direction," Zhang was quoted as saying by state newspaper Legal Daily. "In line with other policies to reduce the cost of raising children and to encourage having babies, it's possible to gradually solve the problems."

NPC deputy Huang Xihua made a similar proposal in 2012 but, coming before China altered its one-child policy, the idea lacked support.

The country raised the much-criticised one-child limit in 2015, allowing all couples to have two children for the first time in more than three decades.

However, the latest proposal has received sceptical feedback from younger Chinese.

Xu Nuo, 18, from the central Hubei province, finished her college entrance examinations in June and is applying to universities. She thought people her age were too young to get married.

"In mainland China, most 18-year-olds do not earn even a penny, so it's not OK to start your own family with your parents' money," Xu said. "Immature individuals form immature families."

Similar sentiments were expressed on Weibo, China's equivalent of Twitter. "Getting married at 18 when one can hardly make a living but needs to raise kids soon after?" one wrote. "This is really ridiculous."

One user said: "The divorce rate will be higher if one gets married at 18 years old when one does not really understand marriage."

"[We are] not getting married not because of the legal age limit," one person argued. "If we were as rich and pressure-free as NPCSC members, we would have got married earlier."

Another wrote: "We forbid relationships at schools, but we allow people to get married at 18 years old. Isn't there a logical problem?"

Yi Fuxian, a long-standing critic of China's birth control policy and a senior scientist at the University of Wisconsin-Madison, said such a reaction was to be expected.

"This is because of a stereotype," Yi said. "Chinese people have been used to just having one child and late marriage, so people are treating that abnormal situation as normal."

Read Also
'No need for enrichment classes': Mother of 5 shares how her family gets by in expensive Singapore 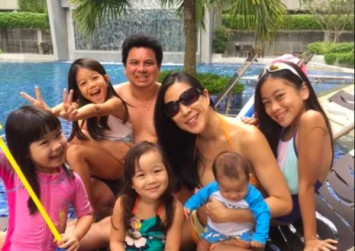 Yi said that Chinese law was restrictive compared with the many countries where people could get married aged 18, but that lowering the age did not force anyone to marry earlier.

"It will give people more rights," he said. "Allowing couples to give birth to more kids means more rights, and so does lowering the legal age of marriage." He added: "Whether you want to get married or not is another thing, but people at least should have the right."

Some NPCSC members also suggested extending a cooling-off period before granting divorces from 30 days to 60 or even 90 days, during which a divorce application may be revoked by a couple after it is received by the authorities.