A new points system will rate the quality of parents in China.

A city in eastern China is launching a point system at its first-ever parenting school, giving parents who successfully participate certificates and hope to promote it across the province.

According to an official notice by the Zhejiang Education Bureau last week, the Shangcheng district in the city of Hangzhou has been offering a digital "parenting school" for the public since 2020 and hopes the new point system will aid their studies in the autumn semester this year.

Currently, the school offers free classes on how to care for and communicate with children up to 15 years old, with specific topics designed for each age group, the South China Morning Post found on its official website.

Besides online learning, the Shangcheng district government also offers an array of activities where parents and children can meet and socialise.

Each class is worth a few points and the parents can be awarded one star once they reach 100 points, until they become "five-star parents".

The announcement has won support among many parents, who said China lacks such training.

"No one is born knowing how to be a parent, you should not stop learning," one said on Weibo.

Not everyone thinks the system works and criticised the effectiveness of the classes. 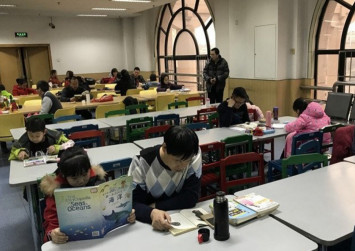 "There's no family education theory or specific methodology that can help you cope with your children throughout their lives," an education blogger wrote on Weibo. "Even a professional educator or counsellor cannot master everything. What's the meaning of a parent taking classes that scratch the surface?"

There's a long-running joke in China that "parents need to be licensed", especially whenever cases of child abuse surface. Generally, Chinese parents are seen as hard on their children due to fierce academic competition and traditional ideas of filial piety, which requires children to obey their parents absolutely.

In the past, some young people also established a group on the popular forum Douban titled "Parents are disasters" to discuss how bad parenting had ruined their lives.

The school said no one will "fail" the classes and that participation is voluntary.

"A family environment and parents' behaviour set an example for their children, so mastering knowledge and abilities of education within the family should be a mandatory class for all parents," the Zhejiang Education Bureau said.

The school has given out "parenting certificates" to more than 220,000 parents across the province so far, the bureau said. Next, they hope to switch to a more detailed "point scoring system", increase awareness, community support and expand the system across the province when the time is right.