The restaurant said it would open the washing-up areas of its kitchens to public view.

A well-known Chinese restaurant chain has apologised after local media exposed hygiene problems in one of its kitchens, the latest in a series of food safety scandals in the past week.

On Saturday, Jiangsu Television aired a report showing bowls not being cleaned properly and staff not following hygiene regulations at a Xibei Oat Noodle Village outlet in downtown Nanjing.

The restaurant chain - which serves northwestern food at more than 340 outlets in 56 Chinese cities - responded on microblogging site Weibo on Monday.

"Being clean and sanitary is a basic requirement for restaurants. We have not done well on this point. Sorry!" Xibei said on its Weibo account.

The company also said it would step up hygiene training for staff and open the washing-up areas of its kitchens to public view.

Footage of the hygiene problems was taken when officials from the market supervision authority in Nanjing's Qinhuai district paid an unexpected visit to the restaurant.

In the report, bowls that were supposed to have been cleaned are seen with oil stains and food stuck to them.

Wang Zhihao, from the market supervision authority, told the broadcaster that bowls, cups and dessert glasses had not been washed properly. "We found obvious food scraps, oil stains, dust and washing liquid [on items meant to be clean]," Wang said.

The inspectors also found a staff member in the kitchen preparing pork and wiping his hands on a cloth used to wipe down surfaces, according to the report. 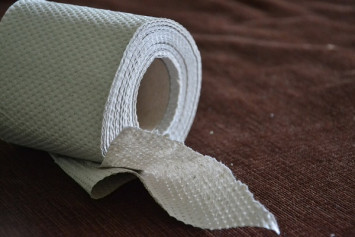 It also said that although they were wearing gloves and caps, the kitchen workers were not wearing masks as required by the Food Safety Law.

Inspectors issued a notice to the restaurant demanding that it immediately address the hygiene concerns.

It came a day after the same broadcaster reported problems in the kitchen of another chain restaurant in the city, Grandma's Home, which serves Hangzhou-style meals.

The undercover report on Friday showed a mop being left in water where vegetables were being washed, chefs stepping on a chopping board, and vegetables not being cleaned before they were cooked. When questioned, one chef said he did not wash a cauliflower before he cooked it because he believed any bacteria would be killed once it was heated.

Another restaurant worker alleged that some food items would be used even when they were past their expiry dates in order to save money. The person told the broadcaster that when they knew the inspectors were due to visit, staff would change the labels so they were not out of date.

The Nanjing restaurant was closed to address the concerns in the report and the company also apologised on Weibo on Friday, saying it had set up a team to look into the problems.