A high school in southwest China is under investigation after a teacher tried to sell a "custom Huawei phone" for monitoring pupils' online activity to parents.

On Monday, the Liuzhou Education Bureau said that the sales pitch at Liuzhou High School in Guangxi province broke a ban on advertising and sales in schools.

An unnamed deputy head teacher gave a five-minute PowerPoint presentation about the phone at a parents' meeting on Saturday, the bureau's Weibo news feed said.

Parents said the school recommended a customised version of the Huawei Nova 4 smartphone at a cost of 2,499 yuan (US$363).

The school claimed the modified phone had a "student management control" platform which could filter pornographic and violent content, and record "violations" by pupils, Beijing Youth Daily reported.

Parents were told the phone could also limit pupils' access during lessons and deliver push notifications whenever the school issued an alert. 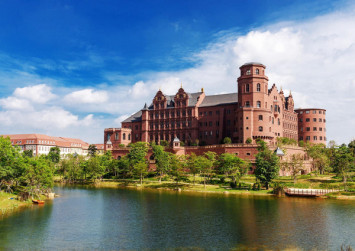 On Monday, Huawei denied any connection with the custom phone and said the "student management " platform was developed by a third party.

The company said the marketing meeting was organised by the school and Guangxi Zhonghe Yixun Information Technology, and it knew nothing about the plan.

"Huawei will find out who is responsible for the unauthorised use of the Huawei brand to carry out false advertising," it said.

Liuzhou High School told Beijing Youth Daily that parents had asked for the presentation. The school said it did not receive sales commission and that any purchase needed the permission of parents and pupils.

Some high schools in China ban the use of phones and electronic devices completely during lessons.