Li Lanjuan, 73, was commended for her efforts to persuade China’s leaders to impose the lockdown in Wuhan.

Two Chinese scientists who played key roles in the fight against Covid-19 have been honoured with inclusion on Nature magazine’s list of the top 10 people who “helped shape science” in 2020.

Infectious disease expert Li Lanjuan, who proposed the lockdown in the central Chinese city of Wuhan to control the spread of the disease, and Zhang Yongzhen, who led the Shanghai team that was the first in the world to publish the genome sequence of the novel coronavirus, were listed alongside eight others recognised by the British scientific journal.

The list was dominated by those involved in the fight against Covid-19, which has killed more than 1.6 million people around the world since being detected in Wuhan at the end of 2019. Others praised included New Zealand’s Prime Minister Jacinda Ardern and America’s top infectious disease expert Anthony Fauci.

World Health Organisation director general Tedros Adhanom Ghebreyesus also made the list, despite facing criticism over his agency’s handling of the crisis.

“These individuals helped to make amazing discoveries and brought attention to crucial issues,” said the report, which is compiled by Nature ’s editors and correspondents around the world.

Li, 73, was commended for her efforts to persuade China’s leaders to impose the lockdown in Wuhan.

“China ultimately took decisive action, but other nations weren’t so bold,” it said.

In an interview with China’s Global People magazine in April, Li said she made the recommendation a few days after arriving in Wuhan on Jan 18. A day earlier she had asked to be sent to the city as part of a team to investigate the mysterious pneumonia-like disease that was sickening people there. 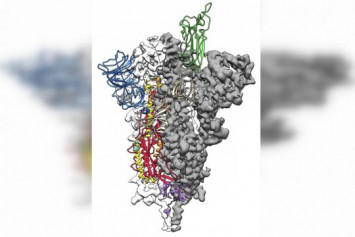 By Jan 23, Wuhan, the capital of Hubei, was in complete lockdown, and a day later the entire province of about 60 million people had followed suit.

Li, who remained in Wuhan until March 31, was widely praised for her efforts to contain the spread of Covid-19 in China.

Some in the scientific community said the decision to lock down Wuhan delayed the spread of the disease by as much as five days, giving the rest of the country time to prepare a response to it.

Since leaving Wuhan, Li, who is a professor at Zhejiang University School of Medicine and member of the Chinese Academy of Engineering, has continued her research into the coronavirus, releasing a paper in April on the potency of different strains of the pathogen.

Zhang, whose work on genome sequencing at the Shanghai Public Health Clinic Centre provided the catalyst for the development of a Covid-19 vaccine, was also praised by Nature .

Just two days after his results were made public on Jan 11, the genome was being used to confirm the existence of the virus in Thailand and in the US to produce a vaccine.

“That was the most important day in the Covid-19 outbreak”, Linfa Wang, a virologist at Duke-National University of Singapore Medical School, was quoted as saying in the Nature report. 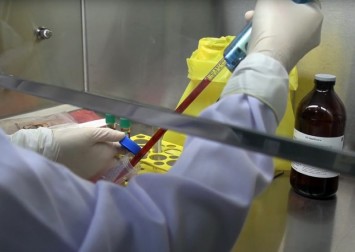 But not everyone was impressed with Zhang’s decision to publish the genome sequence, which according to Beijing breached directives forbidding labs from releasing information about the health crisis.

He was subsequently sacked from the Chinese Centre for Disease Control and Prevention and his Shanghai laboratory was ordered to close temporarily .

Professor Paul Chan, deputy director of the Stanley Ho Centre for Infectious Diseases at the Chinese University of Hong Kong, said Zhang and Li deserved their positions on the top 10 list.

“I think they are great scientists who have provided landmark contributions to fight the Covid-19 pandemic,” he said. “They are well deserved.”

Tedros’ inclusion on the list comes despite him facing much criticism over the past year, sparked by him endorsing a statement from Beijing on Jan 12 that there was no evidence of human-to-human transmission of the disease.

US President Donald Trump in July announced his intent to pull America out of the WHO, though president-elect Joe Biden said he would reverse that decision.

According to Nature , “the public health leader faced challenges from all sides in trying to rally the globe against Covid-19”.

“We rang the alarm bell loud and clear from the moment we received the first reports,” the WHO chief said in the report.

Chan said he supported the journal’s decision to recognise Tedros.

“The director deserves to be on the list,” he said.