Chinese scientists plan supersonic missile that can fly and swim

Guided missiles launched during a drill off the port city of Qingdao, China, in 2013.

China is developing a supersonic anti-ship missile that will be able to travel further and faster than any traditional torpedo, according to researchers involved in the project.

The five-metre missile will be able to cruise at 2.5 times the speed of sound at about 10,000 metres – the same altitude as a commercial airliner – for 200km before diving and skimming across the waves for up to 20km.

Once it is within about 10km of its target, the missile will go into torpedo mode, travelling underwater at up to 100 metres per second (200 knots) using supercavitation – the formation of a giant air bubble around it which significantly reduces drag, according to the researchers.

It will also be able to change course at will or crash-dive to a depth of up to 100 metres to evade underwater defence systems without losing momentum.

Lead scientist Li Pengfei and his team said no existing ship defence system was designed to handle such a fast "cross-media" attack.

"This can greatly improve the missile's penetration capability," they said.

One of the biggest challenges for the developers is the power system, because of the need to produce considerable thrust while breathing in either air or water.

But Li's team said the problem could be solved by using boron – a light element that reacts violently when exposed to both, releasing a huge amount of heat. 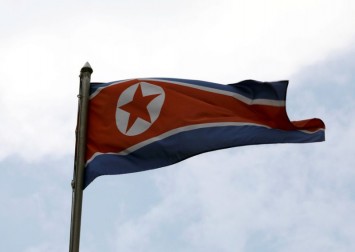 The team, from the college of aerospace science and engineering in the National University of Defence Technology in Changsha, Hunan province, unveiled a blueprint for the missile's power system in the September 8 issue of the peer-reviewed Journal of Solid Rocket Technology, published by the Chinese Society of Astronautics.

Boron was briefly added to jet fuel by the US Air Force in the 1950s to increase the power of supersonic bombers.

But the project was abandoned because the ignited boron particles were hard to control and formed a layer of debris that gradually reduced engine performance.

The hypersonic race has rekindled interest in boron in recent years.

The US military has similar programmes.

A Nasa study funded by the US Navy last year found that nanotubes made using boron nitride, a combination of boron and nitrogen, could potentially be used to power hypersonic weapons travelling at speeds above 6,400km/h.

But most boron-powered engines are designed to work only in the air. Researchers usually choose aluminium or magnesium as fuel to drive supercavitating torpedoes as they react more easily with water.

Li's team said they had designed a boron-powered ramjet engine that could work both in the air and underwater.

There are some unique components, such as adjustable inlets and exhaust nozzles to maintain the boron's burn efficiency in different environments, but the biggest change is in the fuel rods, according to their paper.

Boron usually accounts for about 30 per cent of the total fuel weight in an air-breathing missile because of the many other chemicals required to control and prolong the strong combustion.

Li's team has doubled the share of boron in the fuel and estimates the result could produce a thrust greater than that of aluminium in water.

"The cross-media ramjet uses a fuel-rich solid propellant, which burns with the external air or seawater entering into the ram to generate high-temperature gas and generates thrust through the nozzle," the paper said.

"It has the high specific impulse and simple structure as an ideal power source for a cross-media anti-ship missile."

The team said the increased boron content could cause some problems in mass production, ignition and combustion control, but these "can be solved by the modification of boron particles, improvement of manufacturing process, and the study of grain mass properties".

Adjusting the thrust of a solid fuel engine is difficult. 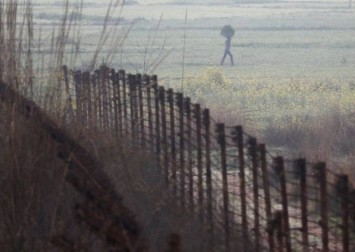 The boron powder, for instance, behaves as both solid and fluid when injected into the combustion chamber, making physical modelling or regulation of the burning process challenging.

And once started, the process cannot be stopped.

China has made some significant progress on solid propellent technology in recent years, including the application of multiple layers of coating on nanofuel particles to rein in their explosive behaviours.

And the Chinese Academy of Sciences' new civilian solid-fuelled rocket Lijian One, with advanced combustion control technology, is twice as big as the DF-41, China's largest road-mobile intercontinental ballistic missile.

But there are risks for China in relying on borofuels for mass-produced weapons, according to a materials scientist in Beijing who is studying the volatile element.

China imports about half of its boron ores from overseas – mainly from the US – and it is about 100 times more expensive than aluminium.

"There is a growing concern that boron will become a target in the trade war," said the researcher, who asked not to be named because of the issue's sensitivity.