Fisheries officials from Japan and Taiwan are to hold talks in Tokyo this week over fishing rights around the Diaoyu Islands with analysts saying it is no coincidence that Chinese Coast Guard ships sailed close to the disputed territory just days before the talks were due to open.

Kyodo News reported that a joint fisheries committee made up of representatives of Japan and Taiwan will open three days of talks in Tokyo on Tuesday to reconsider the limits that were introduced last year on the two fishing fleets in waters around the islands - known in Japan as the Senkakus - ahead of the opening of the 2019 fishing season.

The two sides will discuss fishing operations in an area north of the Yaeyama Islands, while Japan has also called for all vessels operating in the area to be equipped with an automatic ship identification system.

The two sides agreed an initial pact on joint exploitation of maritime resources in the region in 2013. Under the terms of the agreement, Taiwanese trawlers are permitted to operate within part of Japan's exclusive economic zone around the Japanese-controlled Diaoyu Islands, but there is no mention of the sovereignty issue. Taiwan also claims the islands as its territory and says they should be known as the Tiaoyutai islands.

Beijing also lays claim to the uninhabited islands, saying they have historically been Chinese territory. 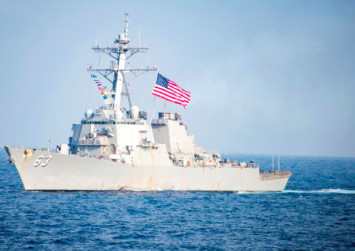 To underline that claim, four Chinese Coast Guard vessels entered waters that Japan claims as its EEZ to the north-west of Uotsurijima, the largest island in the group, on Saturday morning. It was the seventh time this year that Chinese vessels have entered waters around the islands, and is meant as a warning to both Tokyo and Taipei, analysts say.

"It is a message to both Taiwan and Japan that China can extend its reach both through its merchant and non-merchant fleet into these disputed areas," said Stephen Nagy, a senior associate professor of international relations at Tokyo's International Christian University.

"Beijing is also very concerned about deepening ties between Taiwan and Japan, either at the governmental or the non-governmental level," he said, pointing out that the talks were being kept relatively low level, in part so as not to anger Beijing.

"Beijing's main aim is to fracture this relationship as much as possible and they will not be happy that these talks are taking place, although they are facing the far bigger challenge of trade friction with the United States."

Yoichi Shimada, a professor of international relations at Fukui Prefectural University, said Japan and the US had been encouraged to sign a fisheries agreement by the US to build a better three-way security relationship in the region.

"Officially, Taiwan continues to advocate that the islands are Taiwanese but it refrains from doing anything in co-operation with China to protest Japan's control of the islands," he said. "In exchange, the Japanese side provides generous fishing rights around the islands.

"China is threatening both Taiwan and Japan so it is in the common interest of both to forge closer relations," he added.

Professor Shimada said it was "very unlikely" that China would enter into talks with Japan about joint exploitation of the maritime resources around the islands as Beijing believes that the entire territory should simply be handed over to Chinese control.