Police in northeast China are being investigated for their alleged failure to investigate a knife attack on a student.

The student, named Wang, said he needed to use crutches after the attack, and complained that he had been warned that there were "very powerful" people involved on the other side. He also said that he was advised to accept compensation to drop the case.

The student, identified as a second-year postgraduate at Shenyang University in Liaoning province, went public about the case on Wednesday with a social media post headlined "please save me".

Wang claimed in the Weibo post that, because of a dispute with two women classmates over a scholarship, he was assaulted by the pair and another student armed with a knife in September.

But despite going to the police soon after the attack the investigation went nowhere for three months.

The case was filed in the Taochang police station in Dadong district, but Wang said the officers failed to act and the university asked him to help "cover things up".

"I called my investigator every day and was told I needed to wait three days, five days and seven days more. I waited 89 days. I was told that evidence was lacking when I had witnesses, the weapon and my injury report," Wang wrote.

"My lawyer told me the other side was very powerful and asked me to accept compensation and let it go. I want to ask: where is the dignity of the law and the dignity of police?"

Wang said he suffered facial injuries as well as a thigh wound that left him needing crutches.

"I lived in fear and anger every day. I was a marathon runner and now I am a cripple. Nobody has ever given me an answer," Wang wrote.

Wang's post quickly went viral online and internet users flooded the Weibo account of the Shenyang Public Security Bureau and left thousands of messages like "are you covering up the case in Shenyang University"?

The university's account was flooded with tens of thousands of messages asking whether it would discipline the alleged attackers. 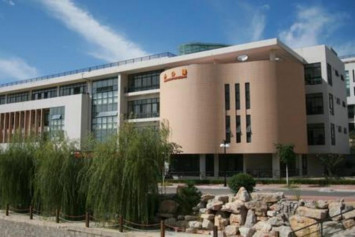 Shenyang police defended themselves in a statement on Wednesday evening, saying that the three students all denied attacking Wang and there was no security camera footage. They also disputed his claim that he had witnesses to the attack.

The statement said Wang sustained a second-degree minor injury and a slight injury to the face. The force said Wang's case had been changed to a criminal investigation in October and the division police were trying to catch the suspects.

The police issued another statement early on Thursday morning, saying that the case had been upgraded to the municipality bureau with a special task force established to make the investigation "an iron case".

Meanwhile, a joint investigation by the local commission for discipline inspection and supervision, the police supervision authority and the complaints department has been instructed to thoroughly review the case.