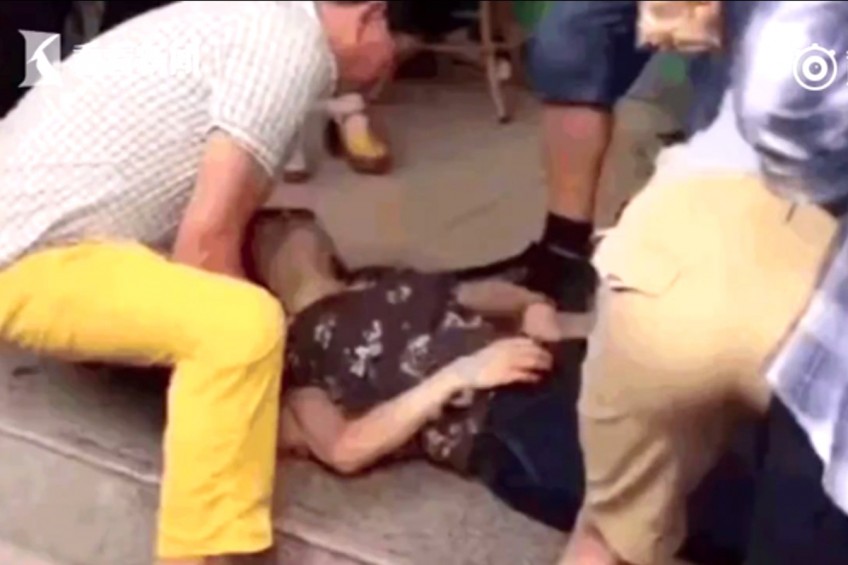 Ever felt like fainting at the sight of a price tag on something you wanted to buy?

At around 11am yesterday (June 27), a Chinese tourist fainted in shock after breaking an expensive jade bracelet.

The incident happened in the city of Ruili, Yunan Province, at a major jade trading centre.

The unnamed woman had tried on a jade bracelet, which unfortunately slipped from her hands when she took it off, breaking into two when it landed on the ground, reported South China Morning Post.

Moments later, she started breaking out in sweat and her lips turned pale. She then fainted but bystanders were quick to respond, supporting her body before she landed on the ground. She was later sent to the hospital.

Lin Wei, one of the shop's owners, said the woman fainted due to the shock, but was fine after receiving emergency treatment.

The incident was not reported to the police and the shop owners were willing to negotiate with the woman for compensation.

While her heart broke into half like the jade bracelet did after finding out how expensive it was, we do hope that she'll be okay.