Chinese travel website Mafengwo denied that it posted fake reviews on its site after a social media report accused it of copying review content from competitors and fabricating as much as 85 per cent of the reviews on its platform.

The company said in a statement on its Sina Weibo account on Monday that reviews of restaurants and eateries made up less than 3 per cent of the user-generated content on the Mafengwo platform, which includes travel itineraries, diary entries and photo sharing.

"The number of accounts suspected of false reviews accounted for a very small proportion of overall users, and Mafengwo has removed such accounts. The number of fake users mentioned in the media report is seriously inconsistent with facts and third-party statistics," the company said.

Established in 2006, the Beijing-based company claims to cover more than 200 countries and regions, 100 million travellers and 920,000 hotels around the world. It said it has more than 21 million original reviews.

Read Also
Man claims he got scammed of $1,600 over accommodation booking in South Korea 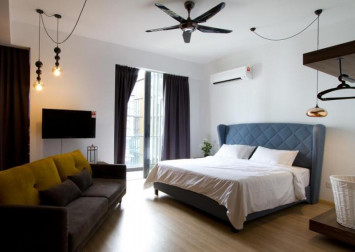 "Mafengwo's plagiarizing is worse than we imagined," Xiaosheng Bibi said in the report.

"We set up a very strict standard for our data analysis. In terms of content, copying the exact same words would be called plagiarizing. And the accounts, which copy over 150 comments, would be considered fake user accounts."

Mafengwo said that the company removes 26,000 posts each week for violating its terms and conditions and has closed down 15,000 accounts.

"The media attributed the illegal behaviour of unscrupulous merchants to Mafengwo, which is seriously inconsistent with the facts," it said in the statement.

The media report was an "organised attack", and the company will legally defend its interests, the company said.