Zhang Xiaoying was adopted by the construction worker who found her when she was abandoned 20 years ago on a bridge in Fuyang, Anhui province. She hopes to find her biological parents in time for her wedding on Friday next week.

A Chinese woman who was abandoned as a baby on a bridge in Fuyang, Anhui province, 20 years ago wants her biological parents to attend her wedding on Friday next week.

Zhang Xiaoying, 20, contacted Fuyang Broadcasting and Television Station in the hope of putting out an appeal to the city of 10 million people.

"I will get married in 10 days. I wish my biological parents could be at the wedding," Zhang said in the interview. "I want to know how old they are and how their health is. I am also curious why they did not want me back then."

Zhang said she did not resent her biological parents as they might have had their difficulties. 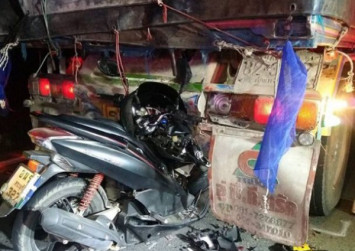 "I often dream about them but never see them clearly. In every dream, they turn their back on me and leave," she said.

Zhang Xiaoying was found crying on the Shuanglong Bridge on a June morning in 1999 by a construction worker named Zhang Hongqi. Zhang Hongqi tried to find the girl's parents but when he could not, he took responsibility for her upbringing.

"My foster father told me I looked several days old and was wrapped in red cloth. I was given a bath and given the clothes of my foster aunt's child," Zhang said.

Zhang Hongqi named her Xiaoying and decided the date he found her would be her birthday. He never married.

Zhang Xiaoying had to drop out of school when she was 10 after her foster father died in an accident on a construction site in 2009.

She has since lived with several relatives and had a difficult life. She worked washing dishes in restaurants and as a waitress.

She had always wondered what her parents were like and whether they had wondered about her.

"I tried to look for them three years ago and went to that bridge at night, but I haven't been able to find them," she said.

The wish to find them grows stronger as her wedding approaches, and her 90-year-old grandfather supported efforts to find them. Zhang decided to turn to the media for help.

Her appeal was picked up by Fuyang police, who invited her to take a DNA test on Tuesday, hoping to find a match for her.

Abandoning babies is a criminal offence in China but it is not uncommon. There is no official report on the extent of the problem, but a report from the Ministry of Civil Affairs in 2010 said that about 100,000 babies were abandoned every year.

To minimise the harm to abandoned children, the civil affairs authorities began setting up designated "drop points" across China in 2011. Between 2013 and 2014, some 1,400 children, most of them disabled, were found abandoned in 32 such drop points.

Internet users sent their blessings for the wedding but were divided on Zhang's attempt to find her biological parents.

"Do not look for them. They stopped being your parents the moment they abandoned you. They have never come to look for you," one Weibo user said.

Others were more understanding. "This is a knot in her heart that might never be untied if she does not find them. She is very kind trying to find them and get their blessings. Maybe they did have some unspeakable difficulties. I hope her wish comes true," one post said.