A woman jumped out of a moving car during a Shouqi ride-hailed trip because the driver made two diversions off the specified route.

A woman in eastern China suffered a broken arm and other injuries after she jumped out of a moving ride-hailing vehicle because she feared for her personal safety after the driver diverted from the intended route twice.

It is the second incident of someone bailing out of a moving vehicle this year because they were worried about their safety during a ride-hailing trip. Earlier this year, a woman died after she got scared and jumped out of a Lalamove van while in transit.

In the most recent incident, the woman, identified by her surname Gao, jumped out of a ride-hailing trip she booked via Shouqi, the second-most popular ride-hailing app on the mainland, after Didi Chuxing.

The driver, surnamed Zhang, was apparently a local of the Fuyang district in Hangzhou, in the eastern province of Zhejiang, where the ride was booked. Authorities said Zhang decided he knew a faster route and told Gao there “was nothing wrong” with his choice and kept driving.

The government said in a notice that “Gao panicked” after Zhang diverted his route again and she “opened the back door and exited the moving vehicle, injuring herself”. The report said Zhang immediately stopped and called the police. He is not accused of breaking any serious law but did violate transport regulations.

In the immediate aftermath of the incident, Shouqi had engaged in a public spat with Gao. Shouqi said the accident was caused by miscommunication. Gao said the driver had ignored her requests to stop the car.

Eventually, Shouqi apologised on Weibo, saying it will improve training for its staff to follow routes and better communicate with passengers. It said it would strengthen app functions so that the passenger can alert the police immediately when they become concerned about their safety. 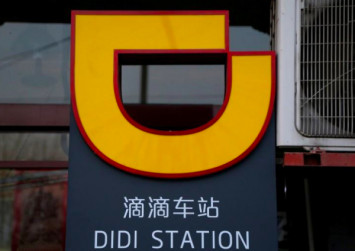 The platform, backed by state-owned automobile enterprise Shouqi Group, was founded in 2015 and is focused on providing a luxury ride-hailing experience.

Besides the similar Lalamove incident in February, Chinese ride-hailing companies have battled safety concerns for years.

In 2018, Didi Chuxing had to temporarily suspend its service, and eventually revamp its platform, after two passengers were murdered by their drivers. In one of the murders, the driver had also raped the passenger and was later executed for the crime.

However, just in March, another Didi driver was accused of killing a rider by repeatedly running him over with a car after a dispute during a pickup.