Small bottles labeled with "Vaccine" stickers stand near a medical syringe in front of displayed "Coronavirus Covid-19" words in this illustration taken April 10, 2020.

A lack of international cooperation to compare vaccines will make it more difficult for China to come up with convincing data for future vaccines using new technologies or targeting new variants of Covid-19, although China is not alone, experts said.

China needed to conduct phase 3 clinical trials for its early first generation vaccines overseas because there were not enough Covid-19 cases domestically.

However, finding places for clinical trials for second generation vaccines, which target specific variants or a broad spectrum of variants, has become increasingly difficult because it would be considered unethical to deliver placebos in controlled trials where transmissions are high, particularly as other vaccines are available.

“When only 2 per cent of the people living in low-income countries have received a first dose of vaccine, and when the younger age groups in those countries probably won’t receive the vaccine until well into 2022, we need to think carefully about what we call unethical,” said Jerome Kim, director general of the International Vaccine Institute (IVI).

Aside from ethical issues, scientists said it was difficult to ensure volunteers did not get licensed vaccines from elsewhere.

So far, China can still find locations for late-stage clinical trials for the latecomers of its first generation vaccines, although it took longer than planned to kick-start some of these trials.

China’s first mRNA vaccine, developed by Yunnan Walvax Biotechnology, Suzhou Abogen Biosciences and the Academy of Military Science, was cleared for the phase 3 trials by drug regulators in Mexico and Indonesia in August.

The trial involving 6,000 people in Mexico was originally planned for late May.

Sinopharm showcased its second generation vaccine candidates in a trade fair earlier this month, and said it was still looking for locations for late-stage clinical trials.

Experts said Chinese vaccines were not alone as all latecomers faced the ethical issue of whether to give a placebo to volunteers. Another option was to give another licensed vaccine to volunteers for comparison in the study.

Scientists are also considering a quicker way for comparison. 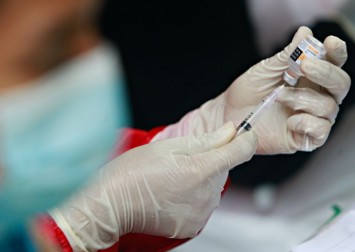 With more information available about the level of neutralising antibodies required to offer immunity, an alternative would be to compare the level generated by different vaccines in a laboratory.

Taiwan raised eyebrows by authorising the emergency use of its home-grown Medigent vaccine in July without completing human trials. The company claimed there were no major safety concerns and studies showed that antibodies created were “no worse than” those created by AstraZeneca’s vaccine.

For such comparisons to be meaningful and reliable, it was important to use a common assay and they should be done in independent laboratories through an international mechanism, experts said.

“Companies worldwide, not just Chinese companies, tend to make their vaccines look the best. So how could you be sure of the results?” said John Moore, professor of microbiology and immunology at Weill Cornell Medical College in New York.

“The only way to really judge whether vaccine A is as good as vaccine B is if you have the assays under standard conditions and preferably independently. But that’s going to be difficult.” 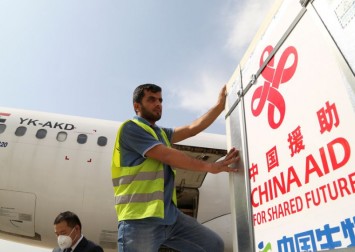 “I think that the emerging data will convince regulatory authorities to accept comparisons against approved vaccines – non-inferiority/superiority studies,” Kim said.

“The next problem arises, however, because often companies will not let their vaccines be used as a ‘comparator’ against a ‘competitor’ vaccine. There needs to be an international mechanism that will provide an ‘active’ comparator to test new vaccines against the older, established ones. Who is responsible for helping to create this? CEPI? Gavi? WHO? Individual governments?” Kim asked.

In a letter published in the journal Nature, the Coalition for Epidemic Preparedness Innovations (CEPI), said it was difficult to get vaccines for comparison.

“Such comparator vaccines are almost impossible to secure; governments, developers and manufacturers must find a solution to unlock supplies,” it wrote.

Moore said business interests and nationalism stood in the way.

“Companies always want to control their product. They have investors. They don’t want to give their samples to an independent authority,” he said.

The rise of nationalism also made it difficult for governments to willingly participate, he added.