Most patients who received hospital treatment for Covid-19 developed long-term health problems, according to a large-scale study from China.

Researchers found that 76 per cent of those discharged from one hospital in Wuhan, the city at the centre of the outbreak, still showed at least one symptom associated with the disease six months later.

Fatigue and sleep difficulties, which occurred in 63 per cent and 26 per cent of the patients respectively, were the most common problems.

To the surprise of the researchers, over a third of the patients showed signs of kidney malfunction, which led to problems such as an increase in bodily waste in the blood and increased the risk of sexual dysfunction.

“Longer follow-up studies in a larger population are necessary to understand the full spectrum of health consequences from Covid-19,” the team led Dr Cao Bin, from the China-Japan Friendship Hospital in Beijing, wrote in a paper published in The Lancet on Friday (Jan 8).

Read Also
Over 3 per cent of people in Wuhan may have had Covid-19, possibly with no or mild symptoms, studies say 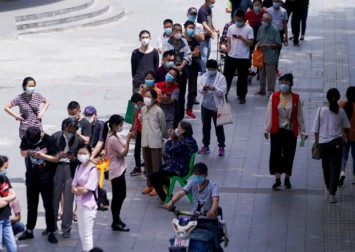 A number of studies have looked at the phenomenon that is informally known as “long Covid”, and health authorities, including the US Centres for Disease Control and Prevention, have compiled a long list of potential long-term health problems.

These range from “brain fog” and hair loss to heart disease, but these warnings have been based on small-sample observations that lasted no longer than three months and hospitals in countries with serious outbreaks have struggled to follow up on discharged patients.

The latest study is the largest of its kind and the first to look at the impact of the disease over a six-month period.

The Chinese researchers tracked the medical history of patients discharged from the Jin Yin-tan Hospital in Wuhan, the world’s first medical facility dedicated to the treatment of coronavirus patients, as part of a national research programme to monitor their long-term health.

Nearly 30 per cent of the patients the hospital treated were not covered by the study, with around half refusing to participate while the rest were too sick or had died, mainly from heart, lung or kidney problems.

Those who did take part had to fill in lengthy questionnaires and return to the hospital for regular examinations, including blood samples, X-rays and other detailed physical examinations. 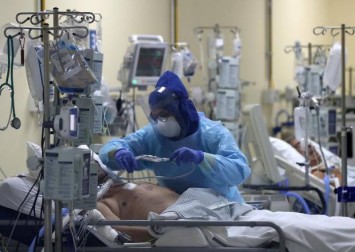 Cao and colleagues studied the data from 1,733 patients with a median age of 57 and found that the majority (63 per cent) still felt tired six months after going home, with the worst cases of fatigue being found among patients who had shown the worst symptoms during treatment.

Prolonged damage was also found in the lungs of hundreds of patients. X-ray images from around 400 showed that almost half had a “ground glass” pattern in the lung tissues, which resulted in shortness of breath.

Some recovered patients were so impaired that they could not even take a deep enough breath to complete a lung performance test, although the rest of their data was included in the study.

Numerous studies by researchers in different countries have concluded that the Sars-CoV-2, the virus that causes Covid-19, can invade the neurons and cause brain damage.

Cao’s study found that nearly a quarter of the patients still suffered depression or anxiety half a year later, though the researchers were not sure whether it was caused by neuron damage or the traumatic experience they had endured.

An unexpected discovery from the study was that 35 per cent of the patients had a chemical reading in their blood suggesting a lower-than-standard kidney function known as the glomerular filtration rate. Many of them had perfect records of kidney health before contracting the virus.

As well as causing symptoms such as the build-up of waste in the blood and facial swelling, this kind of malfunction can affect sexual performance. The findings echo an earlier study by researchers in Wuhan that found the coronavirus could damage reproductive tissues in the testicles.

This discovery was “unexpected,” said Giuseppe Remuzzi, professor of nephrology with the Istituto Mario Negri in Italy, in a commentary article on Cao’s study in The Lancet.

But he said that the results should be treated with caution because the method used by Cao’s team was a quick test to screen a large number of patients, which could lead to researchers over or underestimating the real situation.

In most of the patients studied, the levels of antibodies declined significantly – a possible indicator they will not be protected against the disease in future.

“The risk of reinfection should be monitored,” the researchers added.

The team also said that further research was needed to monitor the long-term outcomes between inpatients and outpatients.

The Wuhan hospital treated patients with the most serious symptoms while those with mild or no symptoms were isolated in makeshift hospitals set up in the city at the height of the outbreak last year.