Coronavirus: Co-infection with influenza can speed up replication of pathogen that causes Covid-19, study says

Co-infection with influenza caused up to a 10,000-fold increase of coronavirus replication in human cells in a laboratory test, according to a new study by Chinese scientists.

Laboratory experiments showed that the influenza A virus could modify the structure of a wide variety of human cells within hours of infection. The SARS-CoV-2 virus could then make use of those changes to invade the cells more easily and reproduce more efficiently, according to a paper posted on the preprint website Biorxiv.org ⁠— which means it has not been peer-reviewed ⁠— on Wednesday (Oct 21).

"The upcoming flu season in the northern hemisphere merging with the Covid-19 pandemic presents a potentially severe threat to public health," said the team led by professor Xu Ke from the State Key Laboratory of Virology at Wuhan University.

In China, people have been urged to have flu shots before the end of October. Flu and Covid-19 share some symptoms that health authorities fear could not only complicate diagnosis but generate panic.

But flu shots are in short supply, forcing some people to turn to untested and overpriced alternatives on the black market, according to some mainland media reports.

Xu's team conducted their tests on a range of human cells from different parts of the body. Besides the influenza A virus, they also included other pathogens such as rhinovirus, Sendai virus and enterovirus in the experiment.

After exposing cells pre-infected by those viruses to the new coronavirus, the researchers found only the influenza A virus could make the infection worse.

This happened in almost all human cells, but the most vulnerable were those from the surface of the lungs, in which the coronavirus replication increased by a factor of between 1,000 and 10,000, depending on the strength of the influenza infection.

They repeated the experiment on mice and the results were similar. 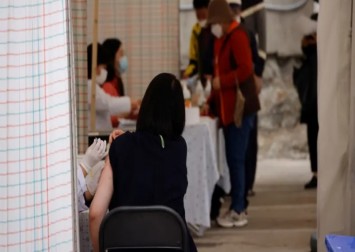 "We have provided the first experimental evidence that the pre-infection of influenza A virus strongly promotes SARS-CoV-2 virus entry and infectivity in co-infected cells and animals," the study said.

Earlier this year in Wuhan ⁠— the central China city where the coronavirus was first detected at the end of last year ⁠— doctors found many cases of co-infection among critically ill patients in intensive care units.

Sun Tieying, a doctor from Beijing Hospital who went to Wuhan to help fight the pandemic, said in a newspaper report in May that 20 out of 50 Covid-19 patients in his ward had influenza.

Health authorities in other countries have issued similar warnings of the dangers of co-circulation of different viral strains. Dr Robert Redfield, director of the US Centres for Disease Control and Prevention, said in August that America could be facing "the worst fall, from a public health perspective, we've ever had".

In Xu's study, a patient infected with the influenza A virus could have more receptors on the membrane of their cells to bind with the coronavirus. The researchers observed some dramatic increases in the expression of the angiotensin converting enzyme 2 (ACE2) in the cells infected by influenza.

The ACE2 is a protein that can bind with the coronavirus' spike protein. Organs with more ACE-2 expressing cells could suffer greater damage.

In their experiments, the researchers used different versions of the influenza A viruses including H1N1 and H2N3. The former was responsible for the pandemic that killed up to 50 million people around the globe in 1918, while the latter, also known as Hong Kong flu, caused an outbreak that killed an estimated 1 million to 4 million people in 1968.

While all of the influenza strains were found to work with the SARS-CoV-2 virus, the mechanism causing the replication boost remained unclear, the researchers said.

But they did identify a genetic segment of the influenza A virus that might play an important role in helping the coronavirus copy inside an infected cell.

"Social distancing and mask-wearing are beneficial to protect people from the attacks of either or both [viruses]," the study said.