A healthcare worker prepares a syringe with a dose of Sinovac's Covid-19 vaccine.

The Covid-19 vaccine developed by Chinese company Sinovac is safe and effective for children as young as three, early stage human trials have found, as China seeks to expand immunisation coverage.

The vaccine, which gained World Health Organisation emergency use approval for adults earlier this month, has already been approved for emergency use for children above three years old and teenagers in China – although authorities have not announced an immunisation schedule for these groups.

Sinovac is in the process of applying for an ethical review and approval for late-stage human trials for the younger population, a company spokesman said.

In a paper published in The Lancet Infectious Diseases journal on Monday, the researchers said more than 96 per cent of the 552 trial participants aged 3-17 years old developed antibodies against the coronavirus that causes Covid-19 after two doses of the CoronaVac vaccine.

No significant differences in immune response were detected among the various age groups, but higher levels of neutralising antibodies – an indicator of stronger immune response – was detected in participants injected with 3μg shots, the approved adult dosage, than with 1.5μg.

Researchers also found the immune responses among children and teenagers were higher than adults assessed in previous studies.

The vaccine was also found to be safe with most reactions being pain at the injection site and adverse reactions in different dose groups similar, indicating that there were no dose-related safety concerns.

However, all of the participants were from the majority Han ethnic group and future studies should have broader ethnic representation.

In addition, the small number of participants meant that it was not possible to draw strong statistical conclusions, they added. 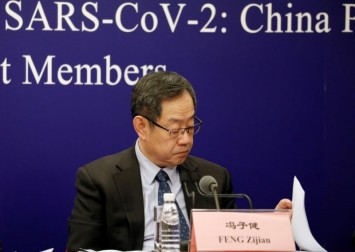 Gao Qiang, general manager of Sinovac Life Sciences, said children and teenagers were an important area of concern because even though they usually showed no symptoms or very mild ones, they were still at risk of severe illness.

They could also pass on the virus, making it vital to test the safety and effectiveness of Covid-19 vaccines on younger age groups.

In comments in the same journal, Professor Cao Bin, vice-president of the China-Japan Friendship Hospital, said vaccine hesitancy among adults and new variants with increased transmissibility meant children must be covered in the immunisation campaign.

“From an epidemiological perspective, if we leave children unvaccinated when adults achieve immune protection, we cannot exclude the possibility that unvaccinated children become a virus shelter, given that most Covid-19 cases in children are mild and asymptomatic,” he wrote.

China aims to vaccinate 70 per cent of the population by this year to build a “great wall of immunity” according to deputy health minister Zeng Yixin.

But public health experts have warned that 80-85 per cent of the population must be vaccinated to achieve such a level of protection.

China’s latest census indicates that about 18 per cent of the population is aged under 14.

A vaccine by the Beijing subsidiary of Sinopharm, which is widely used in China and has WHO emergency use approval , is also being tested among children aged three to 17 years old. 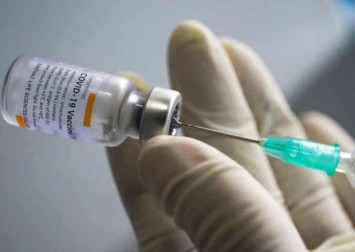 According to a previous statement by Sinopharm, the vaccine has completed the early stages of clinical trials in Henan province with 100 per cent of participants developing neutralising antibodies.

The most common adverse effects were fever and pain at the inoculation site. However, data from that trial has yet to be published in a peer-reviewed journal.

The United Arab Emirates, where the vaccine was tested among adults aged 18 to 59 years old in late-stage human trials last year, has approved a study among 900 children of various nationalities to evaluate the efficacy, safety and immunogenicity of the vaccine.