People wearing masks shop at a supermarket on the second day of the Chinese Lunar New Year, following the outbreak of a new coronavirus, in Wuhan, Hubei province, China, on Jan 26, 2020.

Beijing’s latest coronavirus outbreak shows the threat the pathogen poses to food supply after it forced the closure of the city’s largest wholesale market for meat, fish, fruit and vegetables.

The incident at Xinfadi, which provides Beijing’s 20 million-plus people with more than 80 per cent of their farm produce, serving thousands of customers a day, is one of several to hit food supply chains around the world.

It also drew comparisons with the initial outbreak, which began at a food market in Wuhan.

Beijing has deployed emergency reserve food supplies and set up temporary markets to stave off shortages, state media reported. As of Monday, more than 230 people in the city had been infected, including a number of market workers.

In Europe, South America and the United States, meat processing plants have been hotspots for the spread of the virus, infecting thousands of workers and causing food security jitters.

Last week, a German meatpacking plant closed after nearly two-thirds of its more than 1,000 employees were found to be infected, while a poultry plant in Wales was closed after more than 50 workers fell ill.

In the US, dozens of deaths have been linked to outbreaks at meat plants in recent months, according to Reuters.

As the pandemic infection rate shows no sign of slowing, experts say protecting workers and the global food supply requires an urgent broad approach to ensure workers’ rights and health are protected, facilities are sanitary and government support is in place.

“As long as we move from farm to fork, more safety measures are needed since more people, and subsequently more potential sources of infection, are involved in the process,” said Charis Galanakis, a food and environmental scientist and director of the Food Waste Recovery Group in Vienna.

“Businesses involved in the food chain should monitor the daily practices of their workers to minimise or restrict as much as possible the direct and close interactions from one person to another,” he said.

But this group of workers has been pressured during the pandemic to work in conditions that do not allow for social distancing in the name of ensuring food supply, experts say.

So far, food shortages have been avoided, and the rise in commodity prices in general has not been too steep, according to Marc Bellemare, a professor of applied economics at the University of Minnesota in the US. 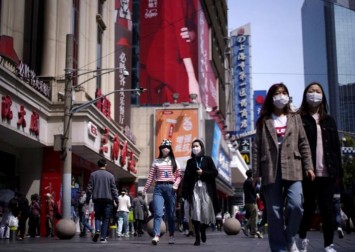 “The downside of that resilience, however, is the human cost associated with it,” said Bellemare, who is co-editor of the American Journal of Agricultural Economics.

“Many people involved in food supply chains on the supply side, especially workers, have either lost their jobs or been needlessly exposed to Covid-19 because they have been forced to work in conditions that were conducive to spreading it,” he said.

Holly Wang, an agricultural economist at Purdue University in Indiana, said those risks were even greater for people working in “less automated processing, wholesaling, retailing and food service”, pointing to US meat processing plants and Beijing’s Xinfadi market as examples that depend on people’s labour.

Michael Fakhri, the United Nations’ special rapporteur on the right to food said in an interview with the Thomson Reuters Foundation last month that: “Our supply chains and food system are only as strong and healthy as the workers.”

The Food and Agriculture Organisation of the United Nations last month asked for US$350 million to ensure food security and avert hunger during the pandemic, including “awareness raising so that people keeping food supply chains alive are not at risk of Covid-19 transmission”.

In China, the outbreak at Xinfadi sparked a chorus of calls to tighten hygiene controls in fresh food markets.

This included a rebuke from the Communist Party’s disciplinary watchdog – the Central Commission for Discipline Inspection – which published an article attacking environmental and hygiene standards in markets around the country.

Yanzhong Huang, a senior fellow for global health at the Council on Foreign Relations think tank in the US said the issue was about more than just environmental hazards, drawing comparisons between food workers in China and the United States.

“We know in the US many of the workers who are at meatpacking plants and slaughterhouses are from marginalised populations, and we see the same thing in China,” he said. 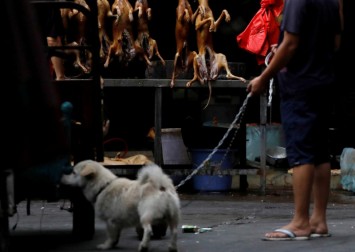 “Many of them are farmers and migrant workers, they are also a marginalised population and have problems with access to health care or education on social distancing.”

Bellemare said ensuring workers remained safe, for example by offering job security and pay for those who took sick leave, might be expensive and need subsidising, but was critical.

“The current pandemic is not business as usual. It’s a once-in-a-lifetime event that needs to be dealt with now.

"We can figure out how to pay for it later, once economies have recovered,” he said.

In China, concerns about food being contaminated by the virus have become a critical part of the conversation, though this has not been confirmed as a mode of disease spread.

Wang said that such concerns could play a driving role in reforming China’s markets.

“China has been seriously fighting its food safety problems for over a decade,” she said.

“I’m quite sure this recent Covid-19 happening in the Beijing market together with the original occurrence at the Wuhan seafood market will induce more policy or institutional changes.”