The vlogger, known as Hong Kong’s Little Miss Tsang, has more than 5,000 followers.

A mainland-based vlogger’s tirade about Hong Kong’s quarantine regulations has gone viral on Chinese social media after she criticised the city’s anti-pandemic measures as “meaningless” and “mediocre”.

The internet personality’s video detailing her own purported experience entering her mandatory 14-day quarantine at her Hong Kong home has so far attracted more than 16.2 million views since it was posted on Weibo on Saturday.

The vlogger, who professes to be a Hongkonger based in Shenzhen and goes by the moniker Xiang Gang Zeng Xiao Mei, or Hong Kong’s Little Miss Tsang, has more than 5,000 followers who tune in for her commentary on day-to-day life and the occasional social issue.

Over a span of 3½ minutes, Tsang goes on to complain about what she characterised as various loopholes, including how home quarantine arrangements were not strict enough compared to those on the mainland.

In Hong Kong, residents who return to the city from the mainland are now allowed to complete their compulsory quarantine at their own homes, but Tsang complained that there were no requirements preventing people living under the same roof from coming into contact with one another.

As of Nov 13, the government has required all travellers arriving in Hong Kong from anywhere other than the mainland, Taiwan and Macau to undergo their mandatory 14-day quarantine in a hotel to reduce the risk of spreading Covid-19 at home. 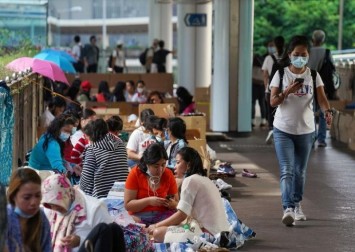 “It’s not like the mainland, where everything is separate, even the toilets,” Tsang said. “Everything is completely shared in Hong Kong. I don’t see any meaning of this quarantine.”

She also said that she had to go home via public transport, rather than a designated vehicle for quarantined travellers, which she said resulted in a higher chance of spreading the virus.

Travellers are indeed currently allowed to take public transport to their homes for quarantine, but only after testing negative for Covid-19 at their point of entry.

Tsang also questioned whether the sight of her tracking wristband – a requirement for those under quarantine – would spark fear among members of the public during her commute from the airport, especially if they knew she had travelled from the mainland. 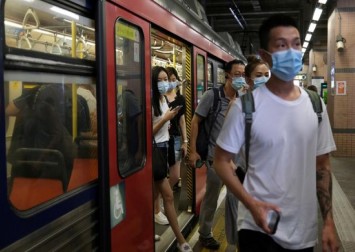 Anyone wearing such a wristband is forbidden from going out.

“Hongkongers are worried about me spreading the virus to them, but in my head, I’m just thinking how I should be the one scared instead. The whole province of Guangdong doesn’t even have that many cases compared to Hong Kong.”

She went on to say that the city’s arrangements were fine for her, as she came from the mainland, where the pandemic appears to have subsided.

But she worried aloud that travellers from countries such as Britain and the United States, where cases were soaring, could worsen Hong Kong’s pandemic situation if they were allowed to quarantine at home – which they are not – or take public transport.

The video has been a hot topic on Chinese social media as Hong Kong entered a fourth wave of coronavirus infections this week that forced the postponement of a hotly anticipated travel bubble with Singapore. 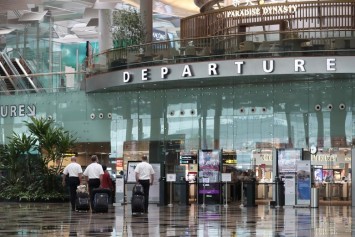 The city’s tally of confirmed cases jumped by 80 on Tuesday alone, to a total 5,781.

In contrast, the province of Guangdong, where Tsang resides, has only reported a total of 1,983 cases since the pandemic began.

Dr Leung Chi-chiu, a respiratory medicine specialist, said travellers coming from the mainland were “not too much of a concern”, as they carried a lower risk of transmission compared to those from other countries with a higher number of cases.

But he acknowledged there were some loopholes, particularly regarding the lack of dedicated transport between a traveller’s point of entry and their quarantine location, which created the possibility for transmissions in the event of a false negative at the airport.

“We are having multiple waves of outbreaks, all of them due to the importation of cases; it is something that has done too much harm to our community,” he said.

Comments from Chinese online users, meanwhile, have been mostly supportive of Tsang’s remarks, with many telling her to stay safe in Hong Kong.