A 36-year-old man has died of respiratory failure in Wuhan, five days after being discharged from one of the makeshift hospitals built to contain the outbreak, according to a report by Shanghai-based news portal The Paper.

The report, which was later removed, said Li Liang had been admitted to the hospital - built to treat patients with mild and moderate symptoms - on February 12, according to his wife, surnamed Mei. He was discharged two weeks later with instructions to stay in a quarantine hotel for 14 days.

Mei said her husband was not feeling well two days after leaving the hospital, with a dry mouth and gaseous stomach. On March 2, Li said he felt sick and was sent to a hospital, where he was certified dead that afternoon. 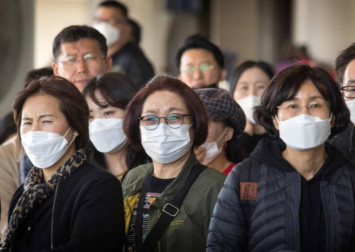 The death certificate issued by the Wuhan health commission said the direct cause was Covid-19, and listed respiratory blockage and failure as the symptoms which could have led to his death.

The Paper also reported that Fangcang Hospital - one of Wuhan's makeshift facilities - issued an emergency notice on Wednesday that said more discharged patients had been readmitted after falling ill again.

The hospital will begin conducting antibody tests on all patients before discharge from Thursday, to ensure they are fully recovered.