Coronavirus vaccine could be ready for emergency use within months

Chinese respiratory expert Zhong Nanshan said the vaccine would be ready for emergency use later in the year.

China could have a Covid-19 vaccine for use in emergencies as early as this autumn, according to the country’s top respiratory expert, Zhong Nanshan.

Zhong’s estimate echoed last month’s comments by Gao Fu, head of the Chinese Centre for Disease Control and Prevention, that it was drafting guidelines to determine who would be eligible to receive the vaccine, when to take them, and what would constitute emergency use.

The head of the US National Institute of Allergy and Infectious Diseases, Antony Fauci, has made similar comments, saying 100 million doses might be ready by the end of the year even before the end of clinical trials.

Zhong said herd immunity without intervention could not be achieved without a high death toll, making inoculation the only feasible means of gaining herd immunity.

“Natural immunity needs 60 to 70 per cent of a country’s population to be infected by the novel coronavirus, which could cause a death toll of 30 to 40 million,” Zhong told a live event hosted by tech giant Baidu.

“The [only] solution is still mass vaccination.

“[Herd immunity] still depends on the development of vaccines. Large-scale vaccination will take one to two years.

"The new vaccine can be used in an emergency as early as this autumn or the end of the year.”

Five vaccines developed by Chinese scientists are undergoing human trials, according to a government white paper published on Sunday.

One of the candidate vaccines, developed by the Beijing Institute of Biological Products, published its preclinical data on the journal Cell on Saturday.

The data shows that in macaques the vaccine, which uses an inactivated pathogen, induced high levels of antibodies that defend the body and provided a highly efficient protection against Sars-CoV-2, the virus that causes Covid-19. 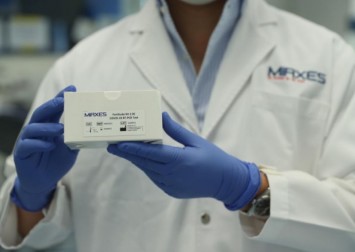 The macaques were immunised twice on day zero and day 14, while a placebo group was given saline.

On day 24, all the macaques were exposed to Sars-CoV-2.

The placebo group maintained a high viral load throughout the seven-day evaluation period after the exposure, but swabs taken from the vaccinated macaques showed that their viral load peaked on the fifth day and was significantly lower by day seven.

On the seventh day after exposure to the virus, all animals were euthanised for pathological examination.

No macaques in the low-dose and high-dose groups had a detectable viral load in the lung lobes, unlike the placebo group.

“Taken together, all these results demonstrated that both low-dose and high-dose [vaccines] conferred highly efficient protection against Sars-CoV-2 in macaques without observed antibody-dependent enhancement of infection,” the researchers wrote.

Yang Xiaoming, chairman of China National Biotec Group, the parent company of the Beijing Institute of Biological Products, told news portal Thepaper.cn last month that the group was focusing on developing an inactivated vaccine because it was experienced in this field and they could be produced safely. 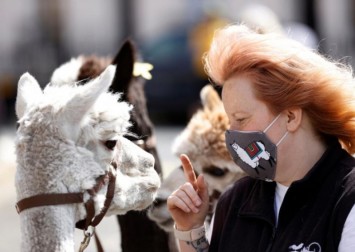 Another subsidiary, the Wuhan Institute of Biological Products, is conducting human trials on another inactivated vaccine. The group has built high biosafety production facilities that can produce 200 million vaccines a year.

The group is also developing vaccines that use other techniques – including a recombinant protein vaccine that uses genetic engineering – but these are a lower priority.

Shanghai vaccine expert Tao Lina said different vaccine technologies had their advantages and disadvantages and it was still early to tell which type of vaccine would be ready to use first.

“Inactivated ones usually need two or three doses while other technologies might need only one dose.

"Vaccines using DNA or RNA technology are likely to enter trials later than inactivated vaccines, but it is easier to expand production capacity for these,” Tao said.