In a handout photo, it shows Ai Fen, who was reprimanded by a hospital supervisor for 'spreading rumours' after she shared a patient’s diagnostic report on WeChat.

A Wuhan doctor who posted information about the new coronavirus on social media that was shared by the late whistle-blower Li Wenliang has broken her silence, saying she was muzzled by authorities for raising the alarm without their permission at the start of the outbreak.

Ai Fen, director of the emergency department at Wuhan Central Hospital, told Chinese magazine People that she posted an image of a diagnostic report on social network WeChat on December 30, showing that the patient had a pneumonia infection caused by a Sars-like coronavirus.

Ai's interview suggests local health authorities in Wuhan, the centre of the epidemic, missed an opportunity to issue a warning about an imminent outbreak before the virus spread and infected more than 117,000 people globally and caused over 4,200 deaths.

It was published on Tuesday but later deleted from the magazine's WeChat account, prompting angry internet users to repost the article on other platforms.

The magazine is published by the state-run People's Publishing House.

It also coincided with President Xi Jinping's first visit to Wuhan since the crisis began, during which he praised residents for their hard work and sacrifices.

In the interview, Ai said she initially shared the diagnostic report with a messaging group on WeChat and its members then circulated the photograph.

Ai said the report, which she had been sent by a colleague, concerned her because the infection appeared to be similar to severe acute respiratory syndrome.

The Sars epidemic 17 years ago infected more than 8,000 people worldwide and killed over 800, according to the World Health Organisation. 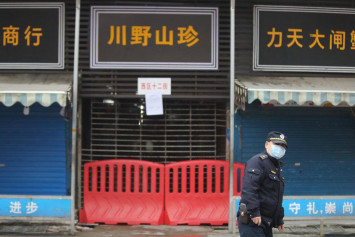 "I even grabbed our hospital respiratory department director, who happened to be passing my office, and told him that one of his patients was confirmed to have been infected with a Sars-like virus," she said.

Whistle-blower ophthalmologist Li, 34, who would be reprimanded by public security officers for "spreading rumours", was among those who shared Ai's picture with others. He died on February 6 after contracting the virus.

Li's death prompted an outpouring of grief and anger over the handling of the crisis, and a month on people are still leaving comments on his Weibo posts.

According to the magazine, Ai said she was told by superiors the day she sounded the alarm that Wuhan's health commission had issued a directive that medical workers were not to disclose anything about the virus, or the disease it caused, to avoid sparking a panic.

Soon after, the hospital reminded all staff that public disclosure related to the illness was forbidden.

Two days later, an official in charge of the hospital's supervision department gave Ai a dressing down for "spreading rumours" - a reference to the photograph she had posted online.

The official told Ai to notify all staff in her department not to disclose anything about the disease - and to say nothing about it to anyone, not even to her husband, according to the magazine.

"My mind just went blank," Ai said. "He wasn't criticising me for not working hard … he made me feel that I alone had ruined the future of Wuhan. I was in despair."

Ai said Hu Ziwei, a nurse at the hospital, became infected about a week later. But while the hospital originally noted in her diagnostic report that she was suffering from "viral pneumonia", it later changed the description of her ailment to "infections".

Ai told People that she believed her actions did not constitute any wrongdoing.

"I notified my hospital and I never disclosed the patient's personal details when I discussed a particular case with other doctors," she said.

"How could I refrain from discussions with my medical colleagues knowing that a new and significant virus had emerged? I followed my intuition as a doctor - so what mistakes did I make?"

Ai's comments also shone a light on views about the outbreak's source.

On New Year's Day, the Huanan Seafood Wholesale Market near Ai's hospital - thought to be where the virus originated - was ordered to close. But Ai said she had noticed a stream of pneumonia patients weeks before officials confirmed human-to-human transmission of the virus was possible.

In the beginning, these patients all shared some connection with the market. But as the days went by, more cluster cases - and especially family cluster cases - emerged. 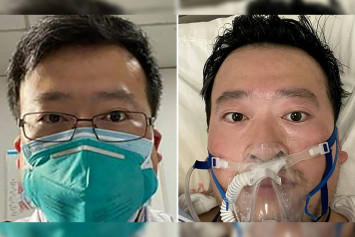 "If there's no people-to-people transmission, why did the patients continue to increase after the Huanan market was closed?" Ai told the magazine.

Wuhan Central Hospital would become one of the city's most severely hit medical facilities, with four doctors including Li succumbing to covid-19. Another two of the hospital's doctors are reportedly in critical condition.

"If these doctors could have been warned [about the disease] earlier, they would not have died. So I really regret [that I didn't warn more people]," she said.

"If I could have known [how the outbreak would turn out] I would have told everyone, even though I was warned," she said. "I have thought many times - if only time could be turned back."