Yang Guowen has been jailed for 18 years.

A corrupt Chinese official who used tricks he learned from spy movies to hide his ill-gotten wealth has been jailed for 18 years for accepting more than 150 million yuan (S$29.7 million) in bribes.

The report said Yang had taken so much in bribes that he needed to find places to hide the proceeds, and was inspired by the movies to stash them in places such as chicken coops, coal sheds and disused water tanks.

Investigators later estimated that these items - which included cash, gold and expensive watches - were worth over 20 million yuan. 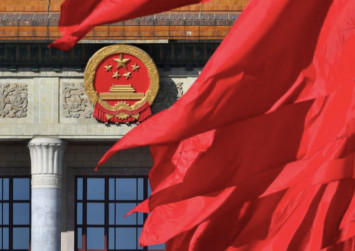 Yang, a member of Ulanchabu's party standing committee, was also found to be the owner of eight properties he had not disclosed to the authorities.

The Shanghai-based news portal, Thepaper.cn said Yang, 58, had also solicited help from his relatives to hide over 80 million yuan in their bank accounts.

Yang was found to have accepted bribes from more than 110 businessmen and officials over the course of 14 years in return for approving promotions and granting government contracts.

But he had once been seen an "upright" cadre and was commended for turning down over 1 million yuan in bribes when he worked at the grass-roots level.

The report said that Yang was brought down by a whistle-blower who told investigators that the official had bought a house for his daughter in Beijing.

Yang started as a low-level cadre at the finance bureau of Liangcheng county of Inner Mongolia in 1981. He spent about 20 years working at the bureau and was later to promoted party secretary. In 1998, he became deputy mayor of Fengzhen city.

After his downfall, Yang's wife told Proc uratorial Daily: "What's the use of taking so many bribes? We couldn't spend the money because we were afraid of being caught. In the end, we were just temporary keepers of the money."

Corruption has been a common problem in resource-rich Inner Mongolia.